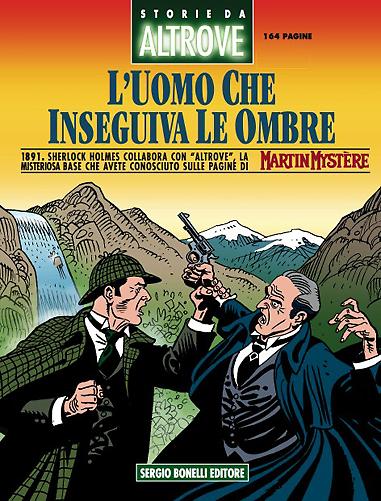 September 1859. The most powerful solar tempest in history has consequences on Earth too, with strange northern lights-like phenomena, and the electromagnetic waves causing telegraphs to go haywire in several continents. A peculiar effect, though, will be perceived only 30 years after… May 1891. Reichenbach Falls, Switzerland, are the theater of the final clash between Sherlock Holmes and his greatest enemy, the “Napoleon of crime”, Professor James Moriarty. Both the contenders disappear – but are they really dead? A few days later, an English tourist is cautiously going around Florence, looking for information to foil the last plan of the diabolical professor, launched just before his death. And his plan is somehow linked to the diaries of the mysterious Madame Helena Petrovna Blavatsky…