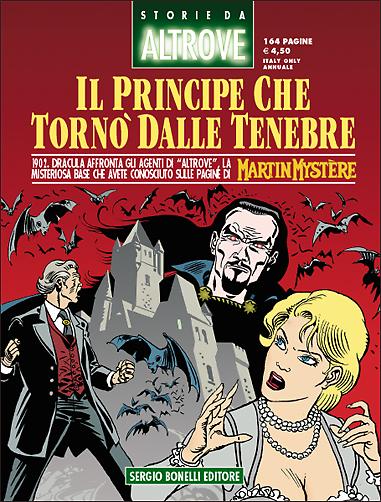 Introduction: A thousand-year-old secret, guarded in the depths of the lagoon and connected to the very foundation of the Republic of Venice

Venice, The year of our Lord 1902. The bell tower of Saint Mark’s Cathedral suddenly comes crashing down. The investigation establishes that it was a case of mere structural failure. But up on the mysterious “Elsewhere” base they know that’s not the way things went: the collapse of the tower was provoked with criminal intent by a sinister organization. Upon the order of the president of the United States Theodore Roosevelt, the agents of the base mobilize their forces to combat a threat whose roots lie deep within the remote past of Venice, when the dominating power in the lagoon was an island that later was mysteriously swallowed up by the sea… Now there is help on hand for the “Elsewhere” agents in their endeavor to foil the plot that his threatening the stability of the whole of Europe, help in the form of a most exceptional co-worker: Gabriele D’Annunzio!