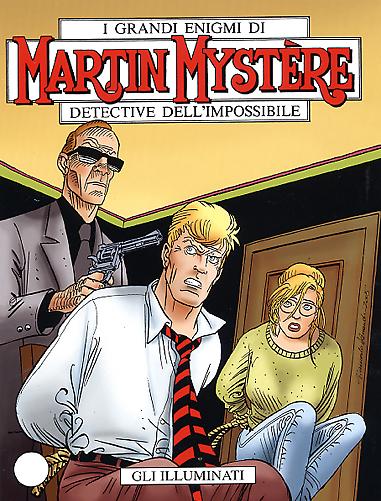 Introduction: Martin has to get to the bottom of Leni/Loretta’s split personality, before Colonel West does away with the dangerous witness!

Martin Mystère and Loretta are still on the run, fleeing from Colonel West’s agents, who are under orders to eliminate the dangerous witness. Little by little, the fog that envelops the young woman’s mind begins to lift and the recollections springing from Leni, the ruthless killer, begin to rise to the surface. Who has turned her into an implacable killing machine? Do there exist any other murderers with a split personality like Loretta? The last hope of shedding light on this mystery rests in a very old man who is now close to death; a man who’s an inmate of a jail cell where he’s imprisoned for war crimes!