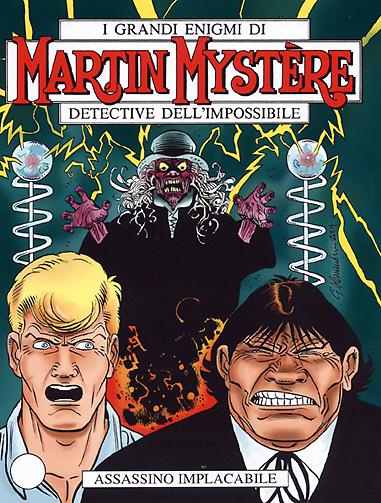 Introduction: Down in the underground caverns of New York a terrible secret is concealed: a creature of shadow created in a hidden laboratory!

Martin Mystère and Java happen to meet an old acquaintance of theirs, professor Hillman, who involves them in the exploration of subterranean areas of New York in search of an experimental stretch of the New York Underground that was built in the 1870s and was later abandoned. The search leads the trio to a secret laboratory and to the re-awakening of a demoniacal creature that was imprisoned there. Who built the laboratory, and what for? And how can one stop a creature of shadow that knows no obstacles and which will not be assuaged until its revenge has been completed?