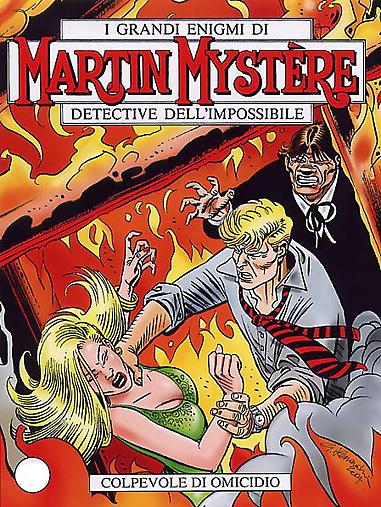 Introduction: There is no room for doubt, the murderer can have only one name: Martin Mystère!

Martin Mystère is lured to a small city where a heinous crime has just taken place. Faced with a letter that accuses him, the “detective of the impossible” is forced to confess: the author of that crime is none other than himself! He had completely forgotten all about it, as if that brutal event had never occurred, but it was too heavy a burden to carry. And so Martin begins a desperate escape, hounded by the police, and his only possibility of getting away lies in a mysterious person who offers him shelter – a woman he feels he already met once before, many years ago. A woman who gives the impression of having stepped out of an old comics album…