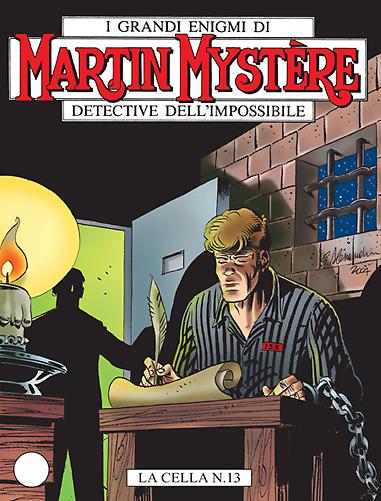 Introduction: We’re getting closer to the solution of the mystery surrounding the treasure of Montecristo!

While Diana and Java are trying to sneak into the villa where Martin is being held prisoner, the “detective of the impossible” is trying to find out the secret of the “treasure of Montecristo” on behalf of baron Von Steiner. But the truth is known (perhaps) only to the mysterious “Dumas Circle”. There’s also a brand new story starting in the same album, which starts out from a comics trade fair that Martin Mystère attends after receiving a strange invitation. But how on earth can an old comics album Martin read when he was a boy have something to do with events that occurred in ancient Atlantis, ten thousand years ago?