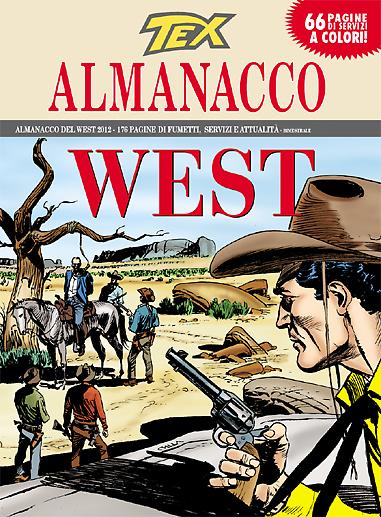 Introduction: If he can't save the life of Rud the outlaw, Doc McPherson will be very near the end...

Doctor Angus McPherson has a concoction that can cure any disease, and it’s just two bucks a bottle! Well, that’s what he goes around telling during his Medicine Show, in the squares of the city. One day, though, someone takes him a little too seriously: the leader of a ruthless gang, whose brother was wounded in a fight against Tex Willer. It will be the Ranger, with the help of McPherson’s associate, the one to solve the situation, using his own medicine — a lead-laden cure! This year’s Almanacco also features everything about 2012 in books, movies, TV series and videogames, and our full-color dossiers about Budd Boetticher, Geronimo’s rise and fall and writer Gordon D. Shirreffs.