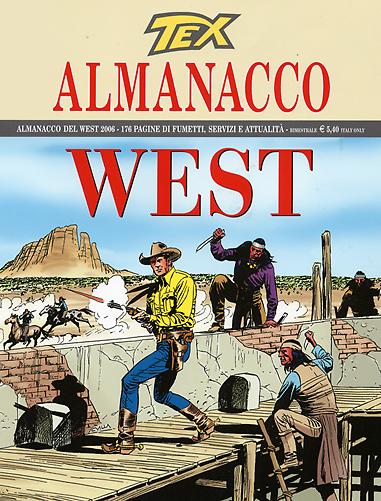 Introduction: An extenuating siege on a small postal station: Tex has to stand firm against the attacks launched by implacable Jorobado.

The only survivors of a fierce arson attack on a ranch perpetrated by a group of Apaches are little Tommy and his grand-dad, John Brigham. Hoping to take the two of them to a safe place, Tex attempts to get to the Mescalero Stage Station, a place that would be more easily defendable The Ranger expects the Apaches to come back to complete their hideous task, as the rebel indians, guided by the bloodthirsty figure of Jorobado, are keen to prevent the Fort Apache soldiers from hearing of their getaway from the reservation and their pillaging raids. Those who happened to set eyes on their wrongdoings must die and the Apaches will hunt them down until they are sure the witnesses have been shipped off to hell! The Alamanack is completed by a dossier on John Ford, “the king of western cinema”, the author of masterpieces such as “Stagecoach” and “”She Wore a Yellow Ribbon”.