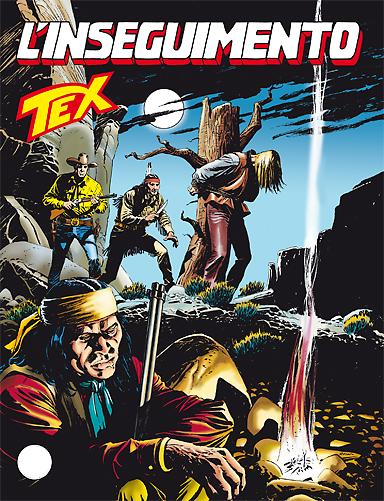 Introduction: To find the Fraser gang, Tex will have to be the shadow of a runaway man, Vince Stanton...

Vince Stanton is the only one to know the location of the lair of Mitch Fraser’s gang, which he was a member of, before being sent to a hard-labour prison by Tex Willer. Now that he’s escaped, Vince is probably making a beeline for his form accomplices’ place. The Ranger chooses to follow him from a distance, unbeknownst to Stanton, and to let him get to his destination: then, Tex’ll be able to catch the whole gang. For this plan to work, though, it’s necessary that the escapee is not harmed by anybody along his journey. Therefore, Tex and his pard’ Tiger Jack will have to be Stanton’s guardian angels, and make him run away again: this time, his captors are a band of Apache marauders... 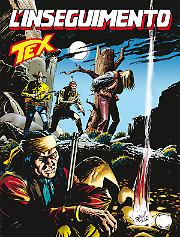