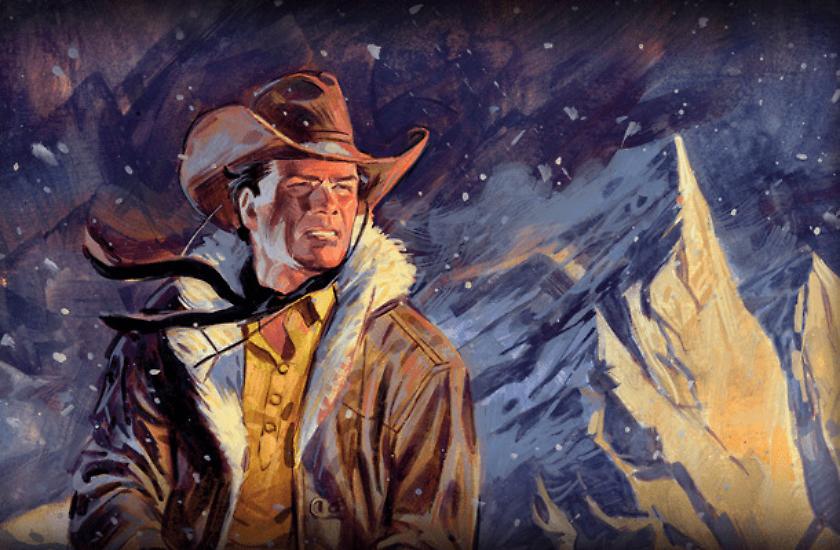 While we wish that the last two months of this somber and dramatic year will finally let us glimpse a glimmer of light, here is the new edition of our Giornale Online, with its many Bonellian previews. Once again, Tex is the standard-bearer of our parade. The Ranger is the star of two albums you don't want to miss. In November, the 18th Color Tex offers five short stories with a spectacular cover by Massimo Carnevale, the acclaimed artist of the recent Texone and one of the stories in this anthological Color album. In December, after the warm welcome reserved to the debut album, our Speciale Tex Willer returns with a truly unique story! "Un uomo tranquillo" sheds light over Sam, Tex's brother, the pivot of a story which shows that, their tremendous differences in personality notwithstanding, a Willer is always a Willer! You will find something more about it in the new monthly issues of the series starring a young Tex. The intense tale that started on Tex's native River Nueces valley continues on the next months' pages.

Among the many other November/December albums, we'd like to highlight the 35th Dylan Dog Color Fest with three disquieting stories by young and up-and-coming authors of the Italian comic scene. Also in Dylan's "territory", on the new monthly issue, it's time for the last act of Mana Cerace's trilogy, while Dylan Dog OldBoy will let us savor a Christmas-like atmosphere. Dragonero carries on with his "rebel" life and is the protagonist of his Magazine, with three new full-color stories and a trove of articles about Fantasy. In December, it will be time for the "technicolor" album of the Spirit-with-the-Hatchet, with the 12th Color Zagor, and as usual, for Odessa, a series that has just started its final narrative arc: the "Resistenza" cycle will lead us to the long-awaited confrontation with the threatening Ignoti (the Unknown)… Remaining in the sci-fi realm, in the 31st Nathan Never Speciale, our Alfa Agent goes back to Hell in the sequel to a beloved story published in 1992, while on the monthly series, he will be involved in a double adventure set in Trieste.