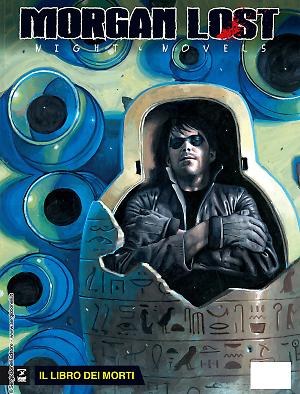 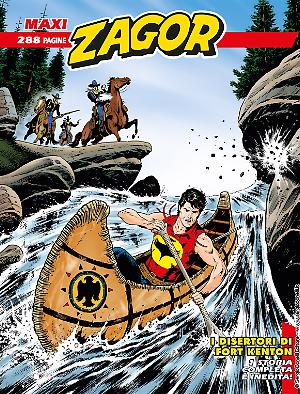 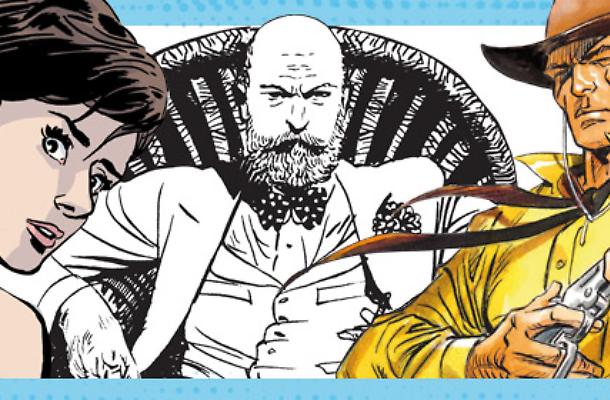 The May/June bimester features the 200th issue of Julia (in full color!), the debut of Avventura Magazine, the new "Texone" and many, many special initiatives!

Dear friends,
here in via Buonarroti the months go by quickly, and in the blink of an eyelid here we are, ready to let you know something more about our new issues in the third two-month segment of 2015. Many stars will shine in the Bonellian sky in May and June but, as usual... ladies first! Here’s Julia, ready to celebrate the upcoming 200th album of her series. An important goal for the heroine created by Giancarlo Berardi; and a success to be celebrated properly: what better chance than this to rehash our beloved tradition of the full-color “centennial” issues? The criminologist from Garden City will be involved in a tense detective story... in "technicolor"!

Also in May, we will have the chance to savor the 240 pages (again, in full color) of the first issue of Avventura Magazine, entirely devoted to the genius of Attilio Micheluzzi. We will trace back the career of this "architect of adventures" with dossiers about the late author and in-depth files for each of the four stories we reissue for this occasion: "L'uomo del Tanganyka" and "L'uomo del Khyber" (originally published – in 1978 and 1980, respectively – on the eponymous volumes of the “Un Uomo, un'Avventura” series), "Shanghai" (a 1982 episode from "Rosso Stenton") and "Air Mail", the first adventure of the series bearing the same name, hosted on the pages of "Orient Express" in 1983. A highly prized and inspiring volume, that will represent a well-deserved homage to a true Master of the Ninth Art like Micheluzzi!

On our top-three shortlist this month, who else if not Tex? Just like every year, the end of June will be time for the new “Texone”! The thirtieth album of this series, written by Pasquale Ruju, will offer our readers an intriguing visual interpretation of the Ranger, by Massimo Rotundo: an experienced artist, who won several awards and worked on the international and multi-media scene (he worked in cinema – with Oscar-winning costume designer Milena Canonero – and in animation), the Roman illustrator has been at the service of our characters for several years now, working on many albums and covers for Brendon and Volto Nascosto, and on a few Shanghai Devil adventures.

You can find a preview of other special issues leafing through the pages of this edition of our Giornale di Sergio Bonelli Editore: the new Universo Alfa (with the Martian Chronicles), the 24th Maxi Zagor, the end of Coney Island and the debut of our second "mini-miniseries" (Tropical Blues), Agenzia Alfa 34 and the third issue of Maxi Dylan Dog Old Boy.
Have a good read!