The journal of Sergio Bonelli 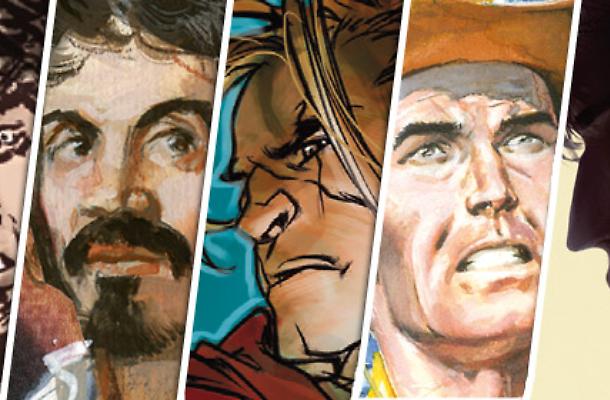 In the new edition of our Giornale Online, a summer in full color for the Bonellian heroes: from Tex to Zagor and Dylan Dog; and a warm “Welcome!” to Le Storie and Dragonero Special albums!

the months of July and August plunge us in full in the summertime atmosphere—and what’s better than having a good and relaxing time with the many new comic albums of our Publishing House? The publication schedule we present you in this issue of Giornale di Sergio Bonelli Editore Online is rich and interesting, though the overall main theme during the Bonellian Summer will undoubtedly be... color! The first of our "technicolor" appointments is a new intiative that you’ll find at your newsstands’ in July: the first Speciale Le Storie, featuring an adventure centered on the tormented and intriguing figure of a painting Master such as Michelangelo Merisi, a.k.a. Caravaggio. Our next step in this “full-color world” will be the usual monthly issue of Orfani, followed, still in July, by the reprint of Dylan Dog n. 300 and the debut of Speciale Dragonero, whose 128 pages full of Fantasy adventure don the cover of a guest-illustrator, Mario Alberti.

There will be no need to wait for August 15th to enjoy the next round of fireworks: August’s first ten days will mark the landing at your newsstands’ of the second Color Zagor (with a story in which the Viking King, Guthrum, will return), the fifth Color Tex (where the Ranger will embark on a dangerous journey in the Mississippi Delta) and the thirteenth Dylan Dog Color Fest, with four stories and an evocative cover by Lorenzo "LRNZ" Ceccotti.

The "special" issues don’t stop here: the next two months will be enhanced by "Bentornato in Zona X", a "whale" album presented by Martin Mystère, that – for the first time since 1992 – will offer again some fantasy tales from the legendary “twilight zone” series known as “Zona X”. Also, you don’t want to miss the 12th Speciale Brendon and the 22nd Maxi Zagor, followed by Speciale Martin Mystère n.31 and the 6th Maxi Dampyr! As usual, summer is also time for Almanacco della Fantascienza, where, along with an unpublished Nathan Never story, you’ll find dossiers about the directors Andy & Lana Wachowski, Alan Moore’s visionary masterpieces, the futuristic dictatorships devised by the masters of science-fiction; and everything about the sci-fi books, movies, TV series and videogames of the year!

You can take your pick...