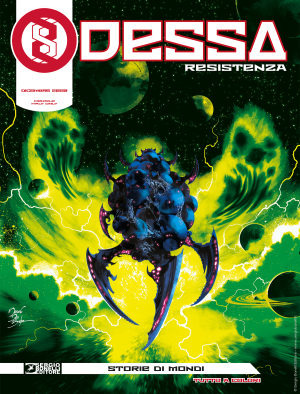 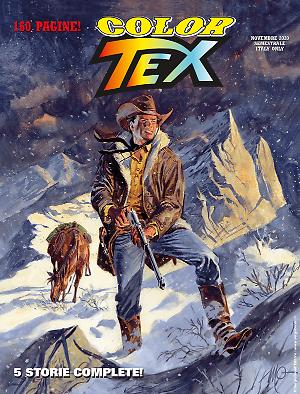 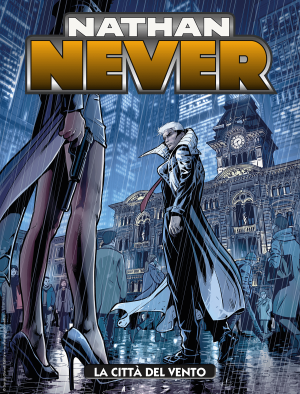 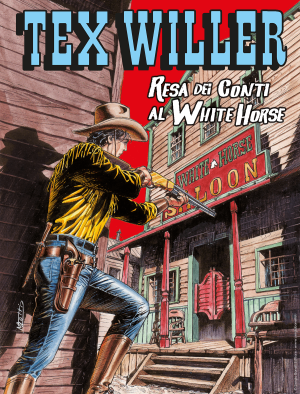 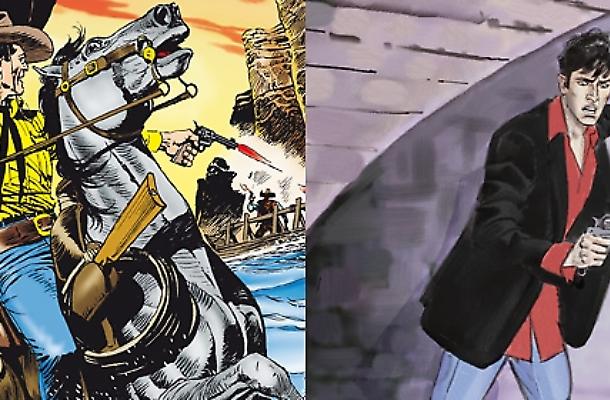 The two bonellian standard bearers open up a 2013 full of adventure! A year that promises many confirmations, and also many – big and small – new things!

welcome to the pages of the first Giornale di Sergio Bonelli Editore Online of 2013. We open the new year with the two "standard-bearers" of our Publishing House— Tex and Dylan Dog. Our Ranger is assuredly riding towards the goal of the 65th birthday, that will be celebrated in September. To show off his excellent health, Tex will be the hero of a more-special-than-usual Almanacco del West in January – thanks to the story written by Mauro Boselli and with art by a master of the "historieta" like Carlos Gomez –, and will live new (and even more numerous) adventures. Now it’s too early to delve deep into this subject, but we can already tell you that in Autumn you’ll see a doubling of the issues of the Color Tex series. But we’ll expand more on this in due time... For Dylan Dog, the year will begin with the return of the n.200 (a full-color issue), proposed this time in Collezione Book, and with the thrills supplied by the monthly episode. February will present you with a new "whale", Maxi Dylan Dog, with three stories drawn by one of the most beloved artists of Dylan’s fans: Luigi Piccatto! To find out about the other surprises in store for you from the Nightmare Investigator, (as well as from our other characters), you can go to the Comics News section on our site: since mid-January, you’ll find the usual overview in several parts, about the Bonellian 2013. Of course, there’s not only Tex and Dylan Dog to enliven the first two months of the new year: leafing through the next pages, you’ll find a preview of the plates from the most recent stories, such as the following of the adventures of Saguaro, the Navajo, the impending conclusion of Shanghai Devil mini-series and the unceasing exciting sequence proposed, each month, by "le Storie", with its ever-changing authors, heroes and charming, adventurous  settings. You’ll also find Zagor, delving deeper and deeper in the Latin American continent, on a journey to find the traitor, Dexter Green— the Spirit-with-the-Hatchet will be the "leading actor" of the new Maxi, also, coming out in January. To finish with our special issues, these last paragraph is dedicated to the sci-fi buffs: at your newsstand’s, at the end of January, you’ll find the 160 pages of the new Asteroide Argo. I’ll leave you with the pleasure to leaf through our Giornale, to discover all the other albums of the next two months.