All the colors of adventure!

What promises to be the most colored Bonellian summer ever, is dominated by the red hue of Mars! Find out about this and other special issues on the pages of our Giornale Online! 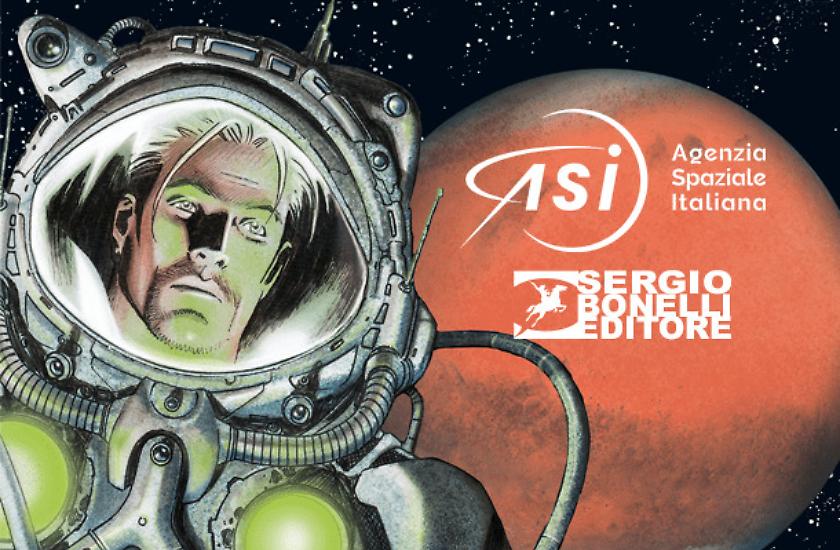 It is a steadfast tradition that summer, for Sergio Bonelli Editore, rhymes with "color". It's the right season for the most substantial part of our "technicolor" issues. We'll give you a quick overview before allowing you to discover everything about it by leafing through the pages of the new edition of our Giornale Online. Let's start with the red of planet Mars, the next great target for human traveling in space. The new Nathan Never Magazine, coming up in July, is a monographic issue centered on the fourth planet from the Sun, starring, along with our Special Agent Alfa, Martin Mystère, and Judok. A volume that will allow the reader to know a little bit better this incredible adventure scenery, with dossiers about Mars in the fictional world (literature, comics, cinema, TV, video games...). Also, an in-depth feature about Mars exploration, in the past, present, and future: a scientific attachment, specially created by the Italian Space Agency. If this menu still isn't enough for you, there will be a new free poster as a dessert.

And now, to a quick overview of all our full-color Speciali: Speciale Dragonero n.7, Speciale Le Storie n.7, Speciale Julia n.6, Color Zagor n.11, Tex Color n.17. But there will be many other "one-off" albums in the next two months: in Martin Mystère's realm, we'll have the 37th Speciale, the fourth novel (written by Andrea Carlo Cappi), and the two maxi-albums with the first, unforgettable stories of the Magic Patrol, the action squad endowed with superpowers and affiliated with the Elsewhere base. A renewed appointment with our Speciale Brendon, while for Nathan Never, is time for the ending of the "series within a series", Intrigo Internazionale, and the trilogy, Nathan Never Deep Space. Still about trilogies, also Hollywoodland, by Masiero/Baldazzini, comes to an end, on the pages of Le Storie. Also, Mister No - Le nuove avventure comes to the end of its journey, while the miniseries Zagor Darkwood Novels continues. On the pages of the Nightmare Investigator, we'll begin to acquaint with the post-666 Dylan Dog.

All that and even more, on the new edition of our Giornale di Sergio Bonelli Editore Online!