It’s time for Martin Mystère to introduce the new issues that our readers will find at their newsstands and bookstore in 2020. A year without anything too unusual, for the Detective of the Impossible, but with news, surprises, adventures, and mysteries galore! 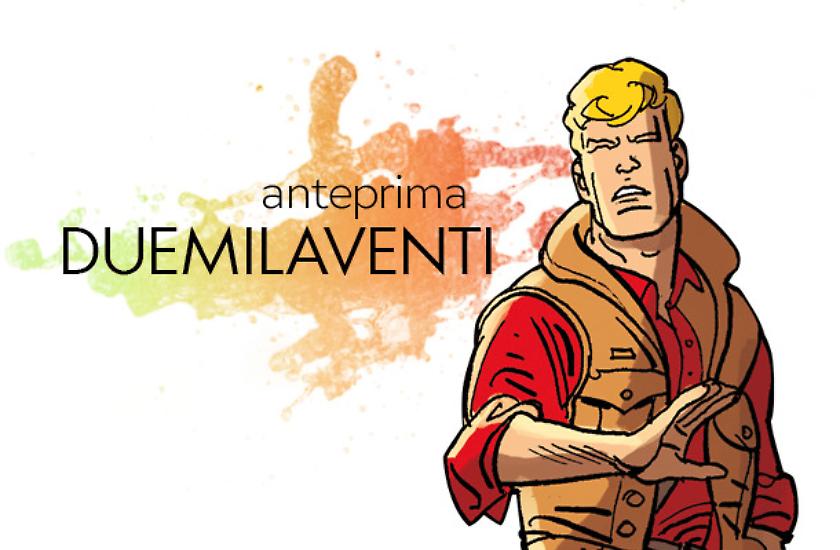 Martin Mystère has the merit of introducing, along the decades, several "new events" that other series would reprise later.

Hello, everybody. In the last two or three years, we have always stated that Martin Mystère's new year (the 38th: we're getting near to an all-important milestone!) would be BAU, as in "business as usual". "As usual", though, doesn't mean "boring" or "without initiative". In fact, the contrary is true: Martin Mystère has the merit of introducing, along the decades, several "new events" that other series would reprise later.

Therefore, this year you'll find the two volumes that follow Il gatto che usava il computer and Le altre facce della Luna. The first one is titled Musica Maestro, and contains all of Martin Mystère's "musical" stories; we still haven't decided the title of the second book. We're torn between Fumetti a fumetti (the so-called "meta-comics", tales where Martin deals with fantastic characters from other comic series), and Martin Mystère Magic Show, where  Martin plunges in the world of magic and illusionism. One of the volumes will come out in Autumn of 2020, the other one in early 2021.

Alex Dante, the author of Martin Mystère's trailers that we encourage you to find on YouTube, is preparing a new, interesting volume in the style of Le invenzioni (im)possibili di Martin Mystère and Leonardo genio dell'Impossibile. But we have other new ideas in store for 2020, 2021, and 2022, that will make this time very exciting.

In April, the second series of Nuove avventure a colori will come to an end. In this new run, the series diverged from the first one, returning a little bit closer to the "classic" volumes, but with many surprises in store for its readers. The series finale, that we won't spoil for you, of course, is just the beginning of an extraordinary new adventure!

In April, the second series of Nuove avventure a colori will come to an end. The series finale is just the beginning of an extraordinary new adventure!

Still about the "business as usual" part, after meeting a dangerous competitor that will give him a hard time in "La Frequenza del Caos" (by Sergio Badino & Fabio Piacentini), Martin will face a possible descendant of Kaspar Hauser in a story by Mirko Perniola and Nicola Nisi. He then will go to France to tackle a "napoleonic" enigma, conceived by Giuseppe Riccio & Fabio Grimaldi (with art by Roberto Cardinale and Vito Rallo). After solving the case of the "Ratto gigante di Sumatra" (in an album by Andrea Artusi, Ivo Lombardo, and Carlo Velardi), Mignacco and Ongaro will take the Detective of the Impossible to fight an out-of-control artificial creature in the streets of New York City!

In July, Alfredo Castelli, Giancarlo Alessandrini, and Stefano Santoro will offer you the summer Speciale, with the long-awaited return to the parallel world of the 1930s. In autumn, there will be a new "Storie da Altrove", where you will see (or not...) the Invisible Man in action, by the trusted duo, Carlo Recagno - Antonio Sforza. In one of their stories (guess which one?), you will also meet Federico Fellini and Alfred Hitchcock, the directors whose 100th birth and 40th death anniversaries, respectively, fall this year.