In our series of previews about the Bonelli Heroes’ 2020, it’s Nathan Never’s turn. After almost 30 years of adventures, our Alfa Agent landed on board of the International Space Station and is looking at a year full of excitement! 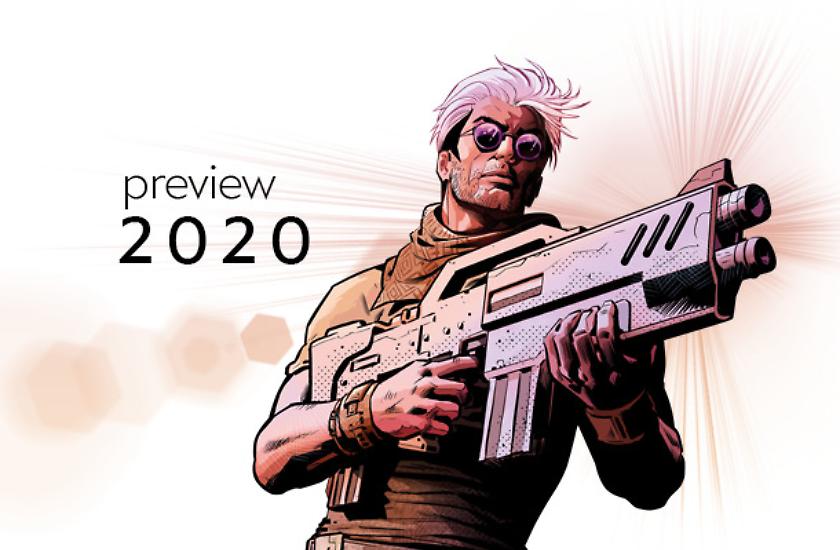 Most of the year of Nathan Never’s regular series will be occupied by Michele Medda & Bepi Vigna’s saga, "Intrigo internazionale".

Of course, most of the year of Nathan Never’s regular series will be occupied by Michele Medda & Bepi Vigna’s saga. The “Intrigo internazionale” cycle – started in last December, it will last until August – that is having remarkable success, judging by the enthusiastic comments that you have reserved for the first two issues (the first with art by Francesco Mortarino, the second by Simona Denna). We need to ask you a leap of faith and to trust us because we don’t want to reveal some elements of the plot that might spoil you the pleasure of reading the story. We can only affirm again how all the authors, writers and artists alike, are giving their best effort to create an unforgettable narrative cycle. The veterans (in order of appearance) Gino Vercelli, Emanuele Boccanfuso, Ivan Fiorelli, and Sergio Giardo, and two important new entries with a lot of experience, such as Luca Maresca and Massimiliano Bergamo.

At the end of the saga, in September, to set the seal on a year the has been carried by two of Nathan’s creators, the dynamic duo Medda-Stefano Casini comes back with a story that Daniel Defoe would have liked. You’ll meet a shipwrecked, long-bearded Nathan, and his story will be reconstructed with a liberal and surprising use of flashbacks.

A double story by Vigna and Romeo Toffanetti will follow, dedicated to the beautiful city of Trieste, in the year when it is the “European Capital of Science”.

Then, after the appreciation you’ve shown for n. 334, “Rapimento alieno”, in October we’ll come back with a poetic story written by Medda for the elegant and melancholic art by Elena Pianta. A double story by Vigna and Romeo Toffanetti will follow (another duo that you know very well), dedicated to the beautiful city of Trieste, in the year when it is the “European Capital of Science”. No worry, though: it won’t be just a celebrative story. Get ready for a shocking turn of events, that will have all-important consequences on a political and narrative level alike...

There isn’t only the regular series, however. In March, we’ll publish another story that apparently has received its remarkable dose of acclaim: the newsstand edition of “Stazione Spaziale Internazionale”, by Vigna & Giardo, with Romina Denti’s colors. As you know, the volume has been produced in collaboration with the Italian Space Agency and the European Space Agency. In it, our Nathan Never meets Luca Parmitano, the Italian astronaut who will return to Earth very soon, after setting a record of stay on the ISS. Like the hard-cover edition that you can find at your bookstores already, this version - 128 full-color pages in our classic format 16x21 cm – will feature in-depth content about space.

In December, our usual Speciale will spotlight the return of well-acclaimed artist Dante Bastianoni in a story written by Bepi Vigna. The title should be enough to set a light bulb on in your brain: “Ritorno all’ inferno”!

I almost forgot: just one more thing. Since we retired our Maxi volumes, the necessary dose of “extra” stories will be guaranteed by a three-issue miniseries, coming up from June to August. We’ll present to you the famous “alien trilogy” titled “Yari Kiran”, written by Mirko Perniola with art by four exceptional authors: Silvia Corbetta, Simona Denna, Ivan Calcaterra, and Massimo Dall’ Oglio.

I’ll see you in January, next year, to introduce the new events of 2021. We will celebrate Nathan’s 30th anniversary with special, full-color issues, several one-off miniseries (one of them starring Aristotele Skotos), new projects in collaboration with ASI and ESA, and many other initiatives!