Today we start our traditional preview of the new Bonellian year. What better start than Tex, that in 2018 will celebrate his first 70 years! 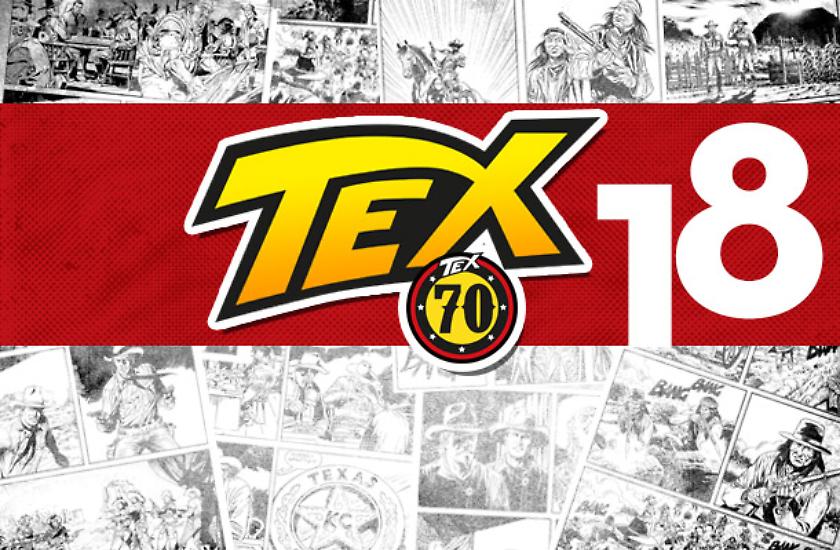 Tex is 70! But he looks 40. Or rather, 20... What does that mean? In February a new hard-cover album, in full color, by Boselli & Mastantuono, will end the tale that began in "Il Vendicatore": Tex, his brother Sam, and Ranger Jim Callahan will strive to defeat the gang of raiders who killed Ken Willer. We will have other great surprises starring young Tex, but we will unveil them in September when we’ll celebrate his birthday properly...

As for the regular series, our “usual” Tex that we all know, in his prime and accompanied by his Pards, will face every kind of threat, as usual: a Chinese sect of the Triads, active in the San Diego Harbor; the Chiricahua Apaches; the comeback of the unstoppable man with a hundred face, Proteus; and the exciting return of another mad criminal, known as the Maestro, who, after San Francisco and New Orleans, will frighten New York City, none the less. He will force Tex, Carson, and Pat Mac Ryan, with the help of Buffalo Bill and Ned Buntline, to fight inside canyons made of high buildings and trains of the elevated railroad, in the urban jungle of the biggest metropolis in the world.

Tex will also take part in a "Great Run" across the Wild West, meet again two old acquaintances from his past – Tesah and Sheriff Mallory – and tell us about his love for Lilyth and Dinamite’s last adventure!

Our customary Texone, coming up in June and written by the series editor, Mauro Boselli, boasts art by Majo, and will see Tex facing the rebellion of his son Kit, who’s grappling with a “Special Corp" of the Rangers!

That’s not all, folks! As we already said above, we will keep many other surprises in store for next Fall!