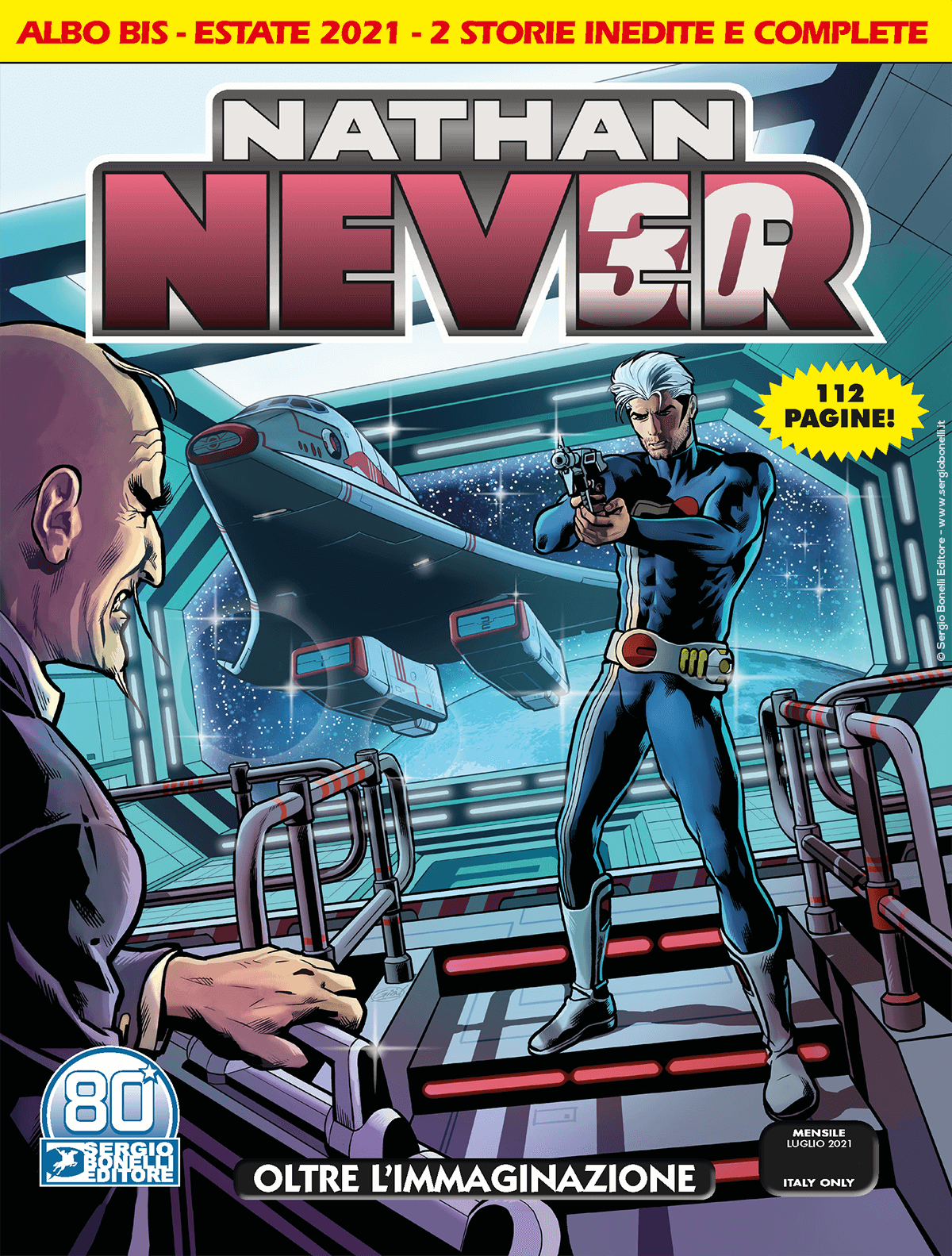 A man who says his name is Nemo is interned in a psychiatric asylum. His memories seem unfounded, and Inspector Ishimori believes he’s mixing his life events with those of the Special Agent Nick Nemesis, the hero of the comic books published by Edizioni Alfa. Is there a relationship between the comic hero and a former cop living a solitary life in the Southern Territories, with his daughter and a robot?
Nathan Never in the most visionary of his adventures, an investigation inside the creative process that forms the basis for his own adventures...

In collaboration with the Ministry of the Ecological Transition, a story conceived to raise awareness about climate change.