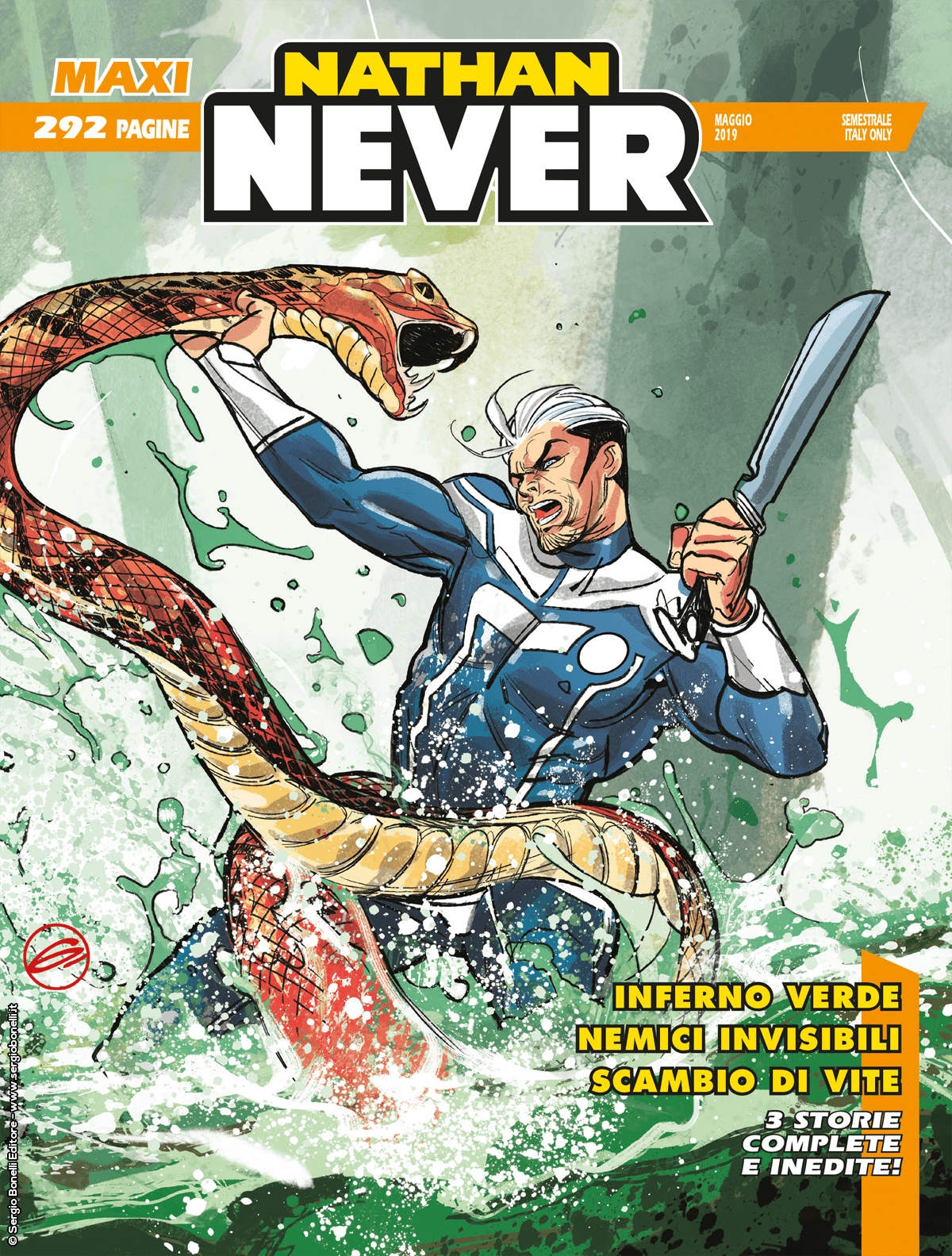 Introduction: Our 17th “whale” about the world of Nathan Never contains three stories you don’t want to be missed: a chase in the jungle, a shrewd magnate tries to put his hands on Agenzia Alfa and a string of murders linked to the disappearance of a wealthy businessman!

Winnfield is the unscrupulous owner of the Angel Marine, the company that created the Poseidon where Branko and May live. A significant shareholder of Agenzia Alfa, he’s now trying with deception and intimidation to buy up as many shares as possible, to become the majority shareholder. While he’s investigating an assumed attempted suicide by Cliff Moreland, another member of the board and a patient of Doctor Herschfeld, Nathan Never discovers Winnfield’s shady plot. Our agent warns Elania of the machinations that the businessman is planning behind her back.

The sudden disappearance of Milton Herst, one of the wealthiest men in East City and owner of a company that supplies weapons to the police and the Army, starts a series of attacks and murders. There is a connection with the considerable inheritance that, for reasons nobody can understand, has been destined to a poor young orphan, who has no apparent link with Herst. When he’s asked to investigate, Nathan Never will have to protect the young man against the many people who are trying to kill him.