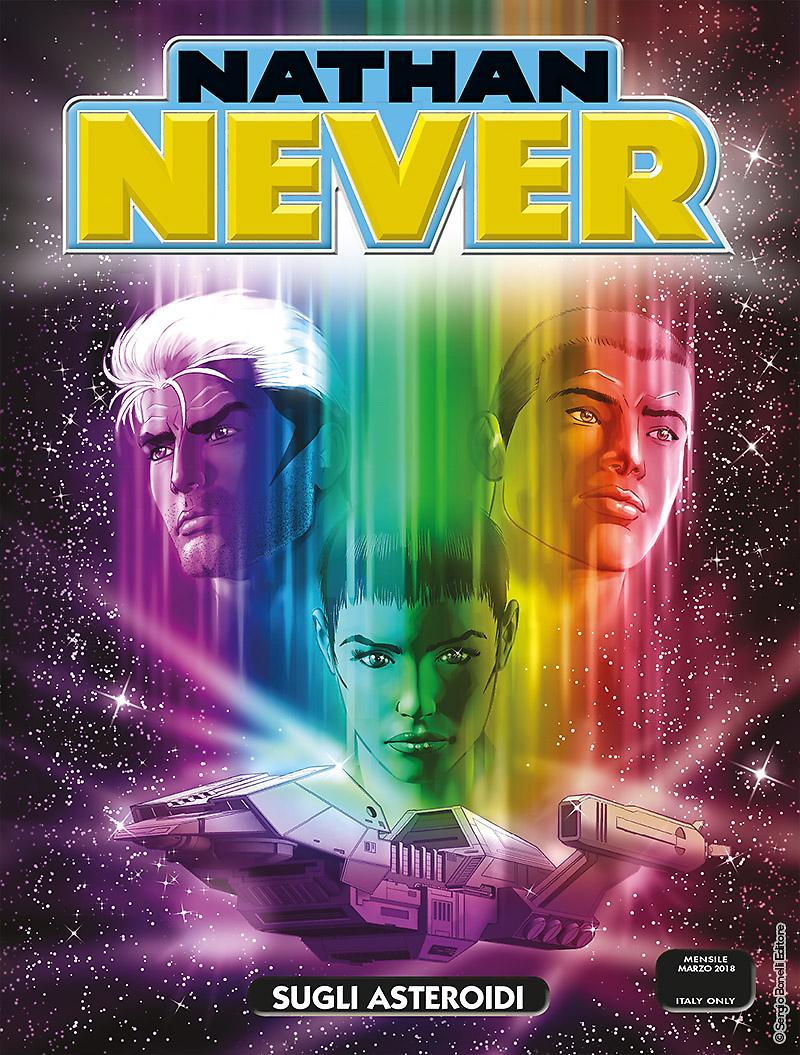 Introduction: Nathan Never is the only one who can prevent a massacre in the HQ of the Space Troopers!

Called back on the asteroidal HQ of the Space Troopers, Nathan learns that Major colonel Ron Murdock, an old companion of his, has deserted. Colonel Storm, the leading officer of the space base, persuades Nathan that he’s the only one who can solve the situation without spilling blood, thanks to his old friendship with Ron. But things go awry when it becomes clear that Murdock has stolen a top-secret prototype of the spaceship’s propulsion system, and now he’s trying to sell it to the Martian government...