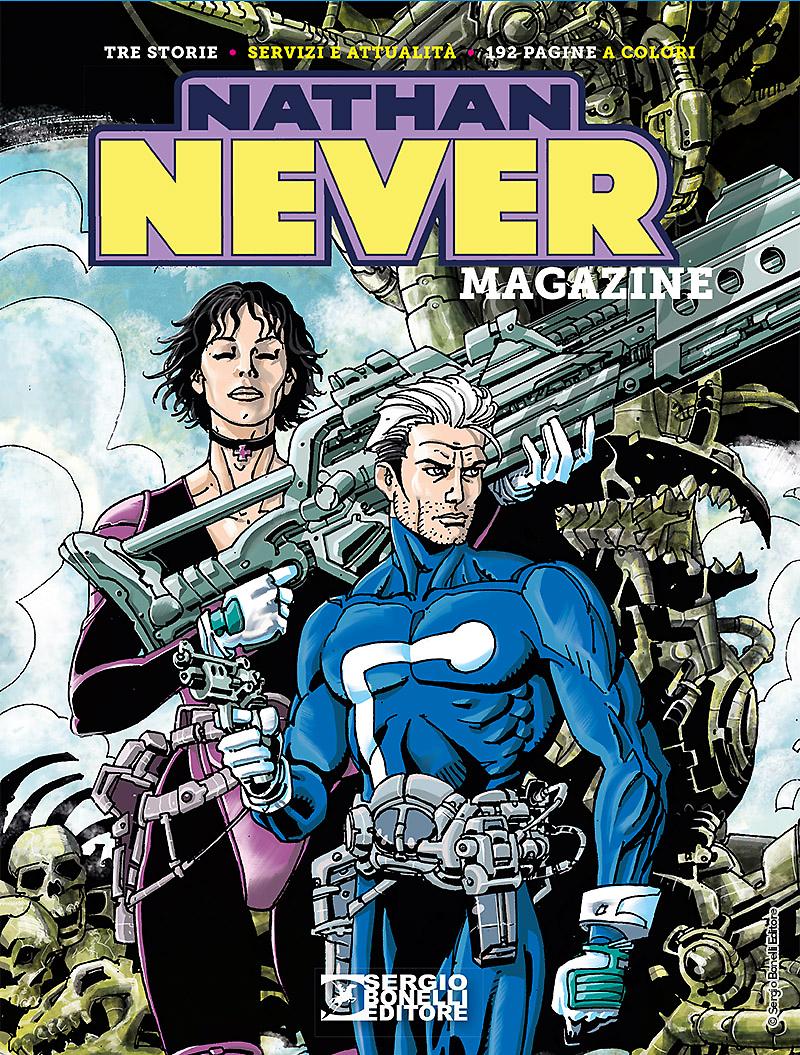 Introduction: Three full-color stories about the role of women in a sci-fi universe.

Nathan Never Magazine 2017 is entirely dedicated to the female side of science-fiction. It will feature dossiers about the girls of tomorrow, the heroines of the sci-fi world, and the increasingly closer relationship between humans and machines: the beginning, in fiction as in reality, of the "hybridization era". And the volume also has three complete stories in full color!

A young computer genius unwittingly sneaks into the Army's digital web, jeopardizing a training program of the Metropolitan PD that uses a new model of mobile armor with artificial intelligence. Nathan & Legs will have to save the day...

Vincente Velasquez comes back from the past of special agent May Frayn. He's a shady art collector that, years ago, has been the victim of a theft committed by the Frayn sisters. Now Velasquez wants May to give him back one of his paintings, "The Death of Cleopatra". But the three thieves had donated it to a museum, so she will have to steal it back!

Miller, the director of the publishing house that published Legs Weaver’s cartoon, informs Legs that sales of the series have decreased and they will terminate it. So he asks for the authorization to write a story where Agent Weaver dies heroically. Faced with Legs’ “spirited” reaction, the director presents her with a number of possible variants, from the manga to the bande dessinée style and to humorous comic strips, which would allow the series to be continued...