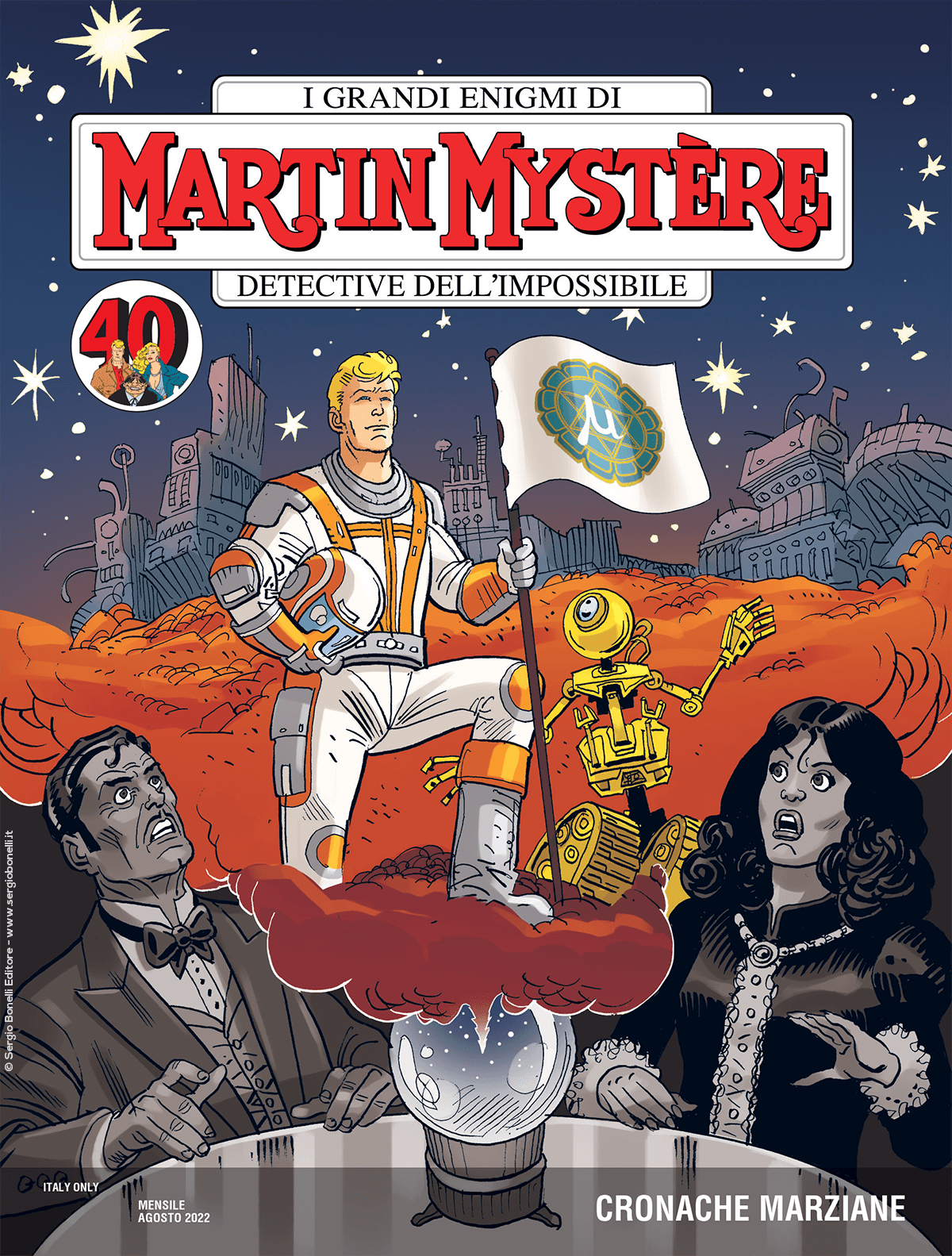 Introduction: An enigma with many unknown factors, and the solution, for the Detective of the Impossible, must be searched in the stars…

Stealthily, Sergej Orloff is back and Martin Mystère is still in the dark about it. What are the plans of his ex colleague? What is Orloff looking for? And why is it so important a manuscript about a French medium who lived in Switzerland straddling the 19th and 20th centuries? Maybe only the mysterious “Men in Grey” know the answer, but the real enigma could be about the Detective of the Impossibile and a space mission, sent to Mars by the Mu Empire 12,000 years ago…

In this album, also a new instalment of “Zona Y”, a novel by Andrea Carlo Cappi; a Zio Boris story; and the Bonelli Kids comic strip!