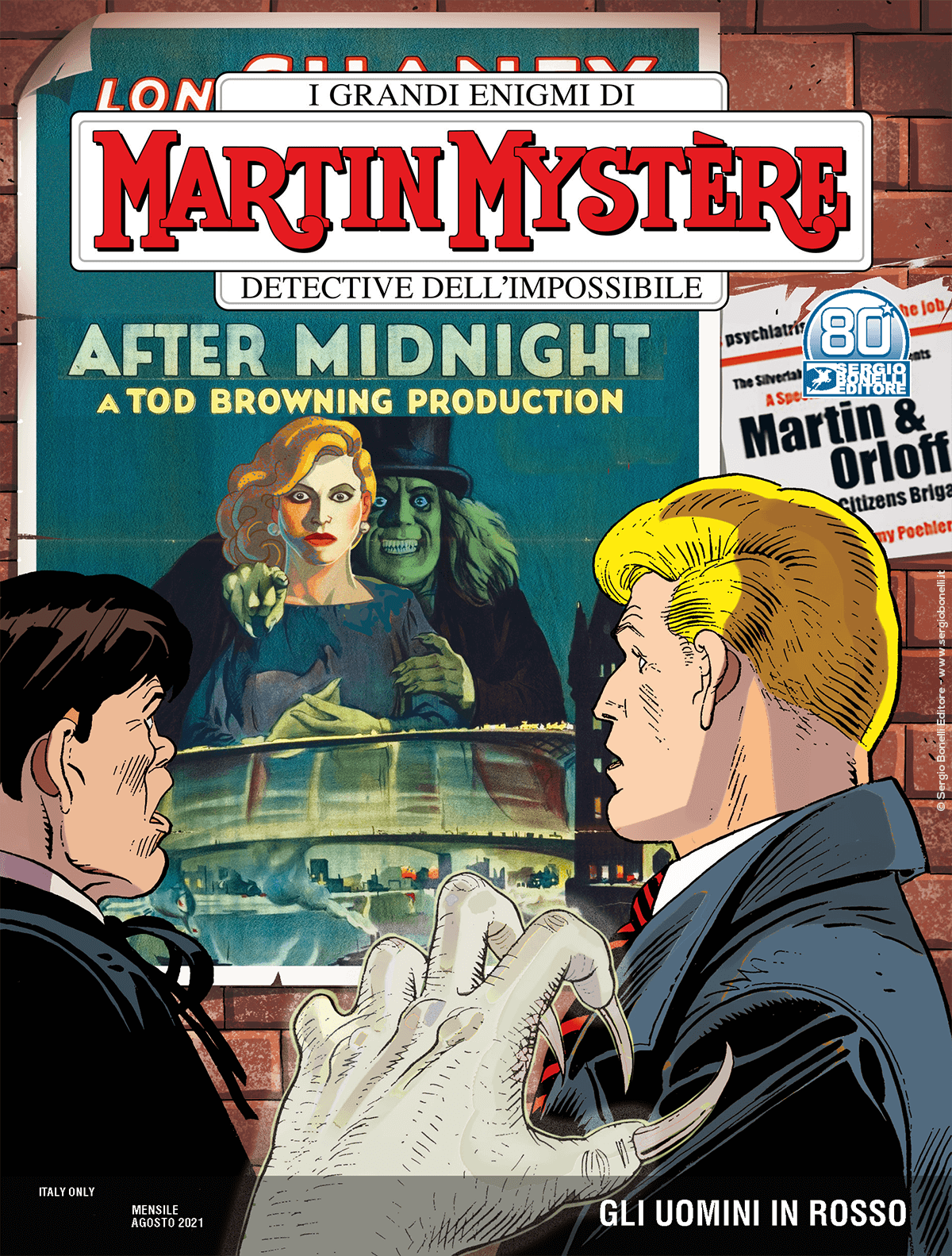 Introduction: The screening of a cursed movie could turn into a massacre!

The Colonel, a vampire who inspired the protean actor Lon Chaney for one of his most acclaimed transformations, started to strike again after a century. A herd of undead is ready to follow him on  his revenge against the people who may have found the lost film, London After Midnight. The movie’s public screening can turn into a magnificent deadly party. Martin Mystère seems to be the only one who can avoid it, as the organizers are not about to give up their reckless idea...

Also included, our usual original files, the Zio Boris and Bonelli Kids strips, and a new chapter of "Falcone Maltese”, a novel by Andrea Carlo Cappi.