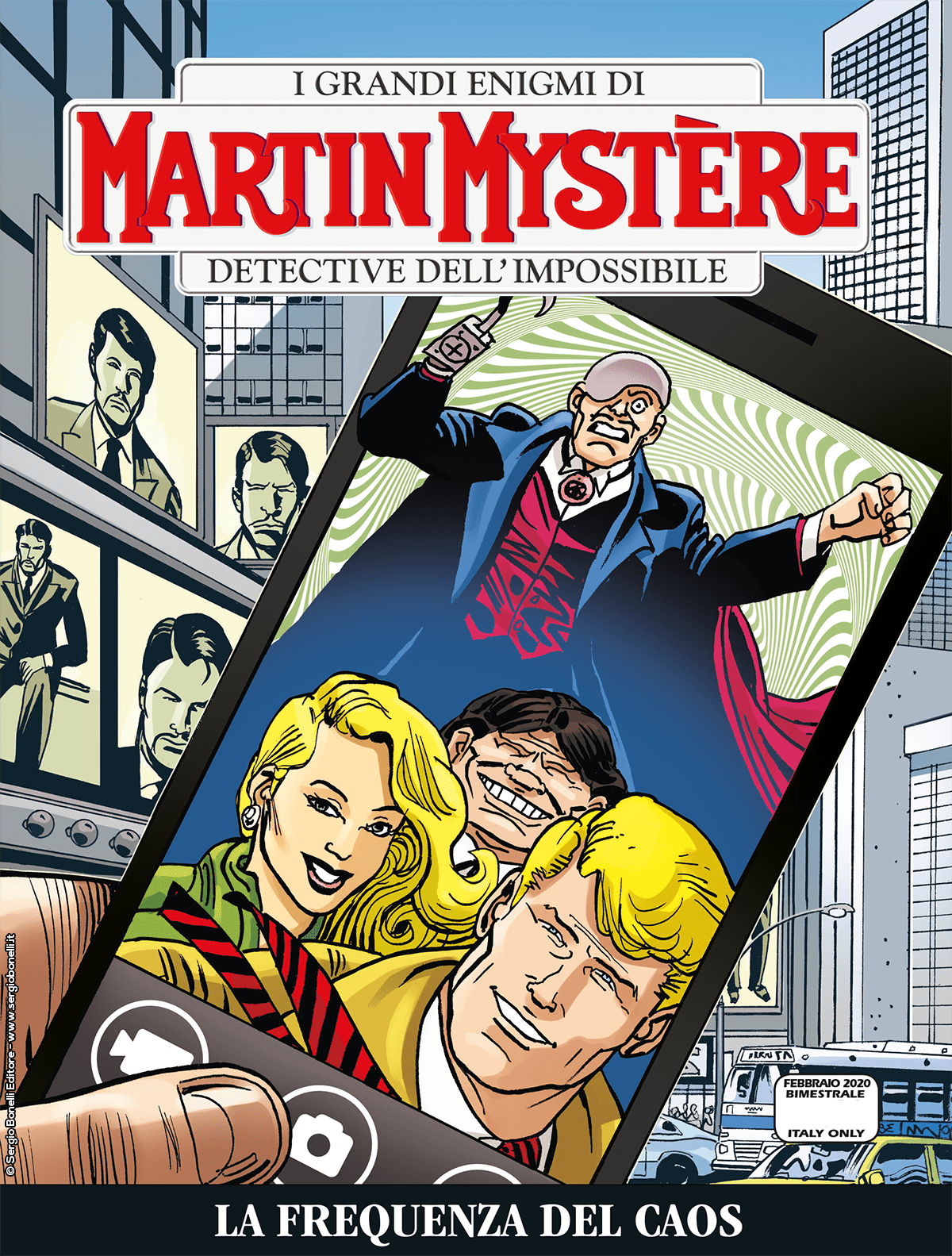 Introduction: It’s time for a comeback…

A conspiration from far away, and a comeback (or two) from a not too distant past. The first is Max Pollard, debunker of any piece of “Fake News”, who worked with the Detective of the Impossible in the case involving the great Houdini. The second return is a former friend who may be a former enemy now, who comes back after a long absence with the face he had during his first clashes with Martin Mystère, when he had lost any trace of humanity. Is it a real return, or a hallucination that forecast an imminent comeback? In the background, a mysterious character sticks his image all over the city...