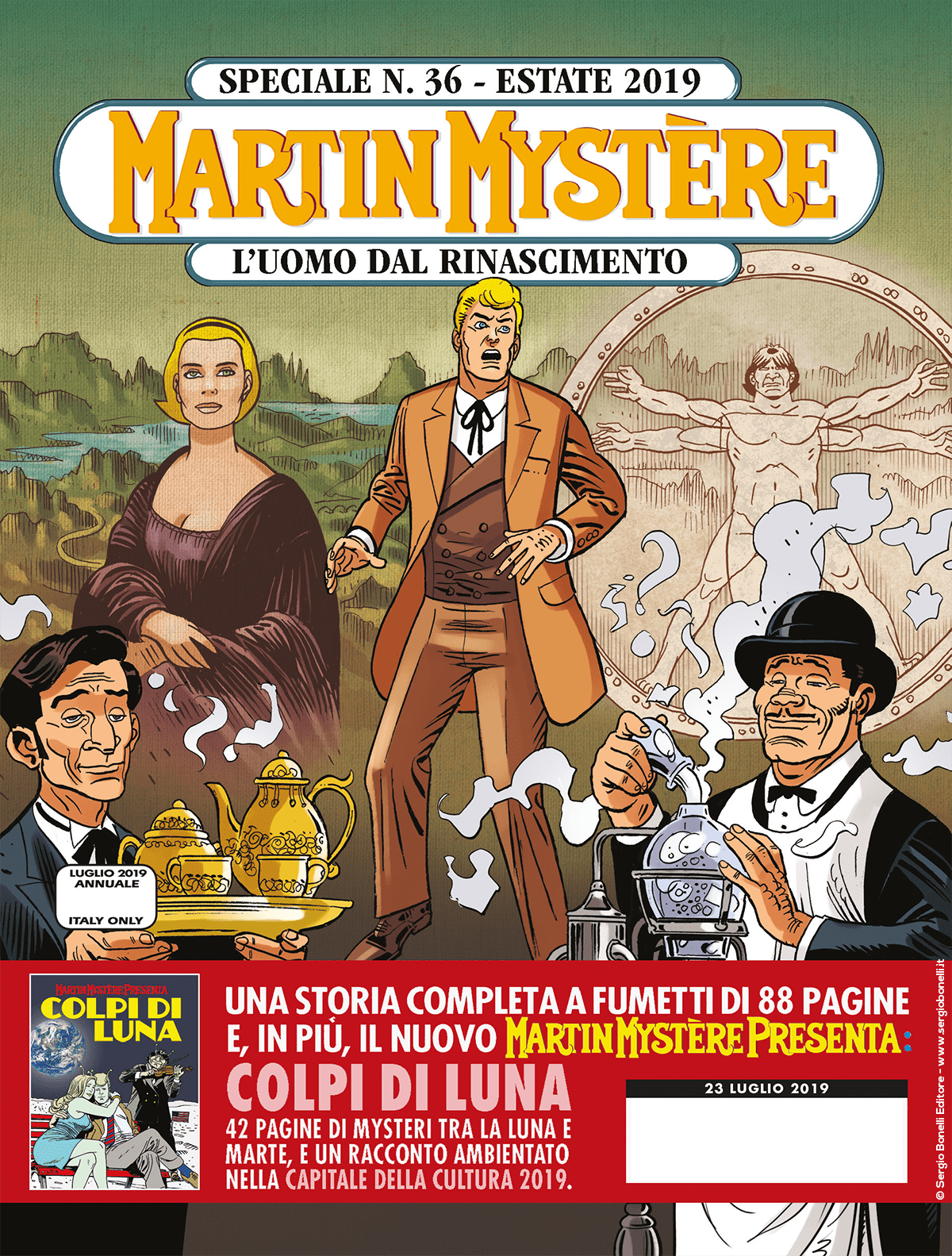 Introduction: In the 15th century, an event changed the history of our world forever…

A world where technology had a different development. Here,  airships fly in the sky, monstrous creatures infest a moon installation, and the Moulin Rouge is in New York… It’s different, albeit similar to our world: there an “Elsewhere” base and a Martin Mystère, ready to investigate anything that may seem “unconventional”. But how can he do that, when the conventional norm appears to have gone awry? The key is in an event that happened in the 15th century, and gave form to the destiny of the world…

Also, you’ll find a new “Martin Mystère presenta” titled “Colpi di Luna” attached to the album! Forty-two pages’ worth of mysteries, suspended in between the Moon and Mars, and a story set in the 2019 European Capital of Culture, by Alfredo Castelli, Alfredo Orlandi, Giuseppe Palumbo, and Rodolfo Torti.