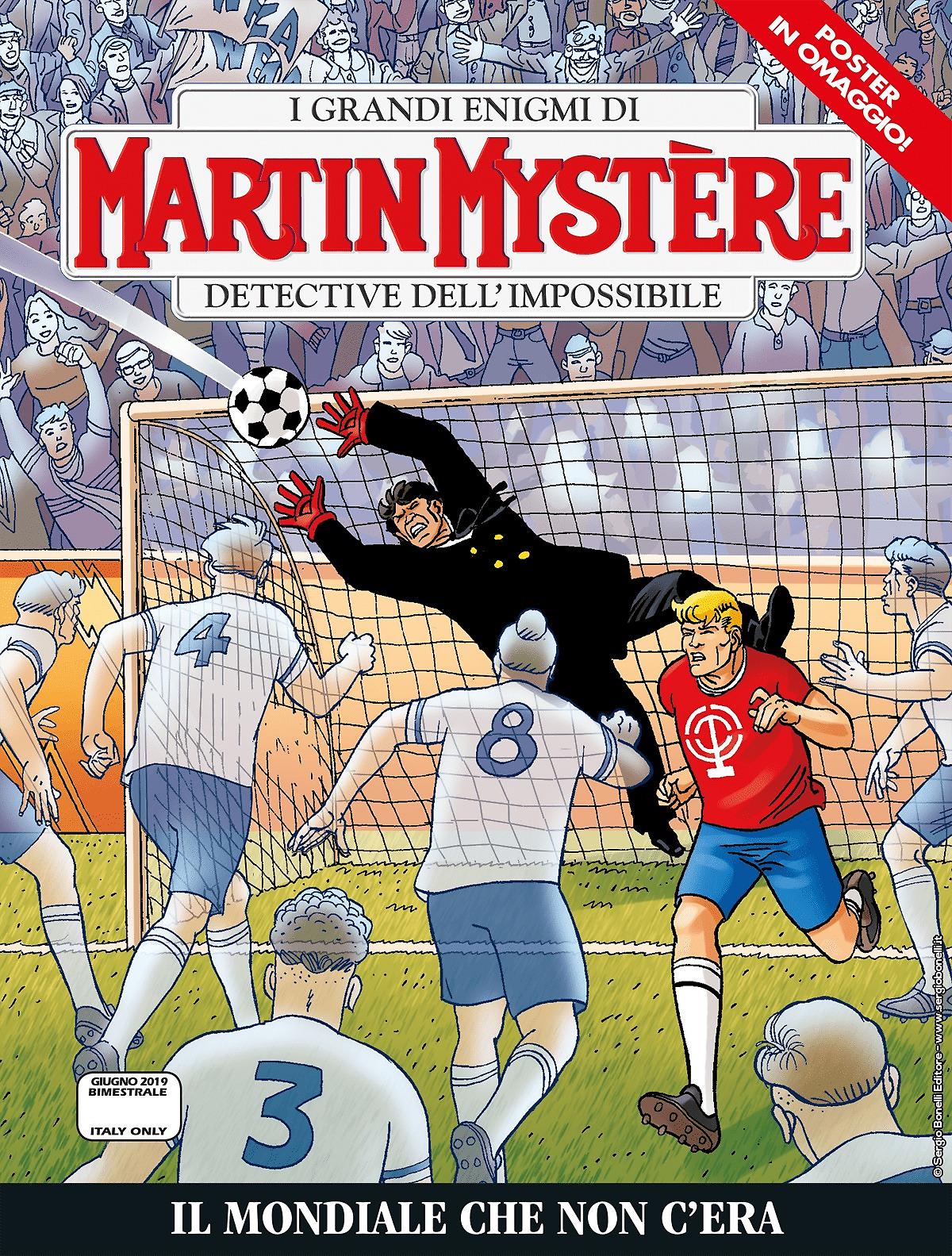 Introduction: A soccer-centered mystery, a World Cup that was played in the middle of World War II!

1942. WWII is raging on, playing havoc with the lives of millions of people all over the world. Every other thing stops, sporting events included, that are canceled due to the war. That’s true also for the FIFA World Cup, played every four years starting from 1930. Nonetheless, some people say that the 1942 championship was contested regularly, even there’s no trace of the event. Is that a fact? Only our Detective of the Impossible can solve an enigma that conceals something far beyond the realm of sports.

Containes a poster of Martin Mystère!