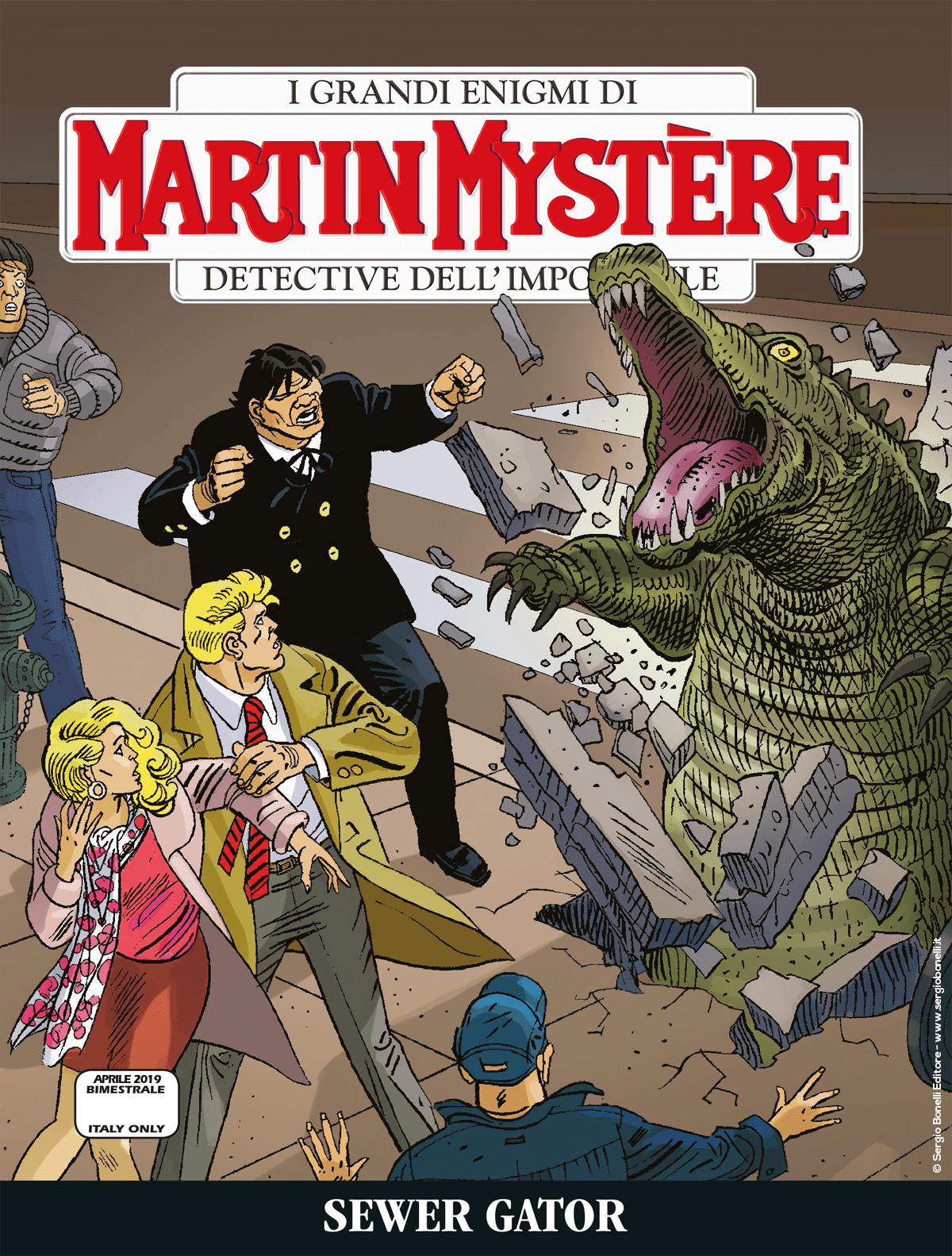 Introduction: Does the most famous of the urban legends have a kernel of truth to it, maybe?

There was a moment in time when the fad of keeping young gators as pets hit New York City. If they were cute (?) when little, they became very dangerous as soon as they grew up a bit, and their careless owners were forced to get rid of them. According to an urban legend, some people eliminated their gator by throwing them alive in the toilet bowl. But some animals allegedly survived and, according to the same legend, they created a colony in the city sewers, planning their rightful revenge. What if – as Martin Mystère managed to verify – the legend had a kernel of truth to it?