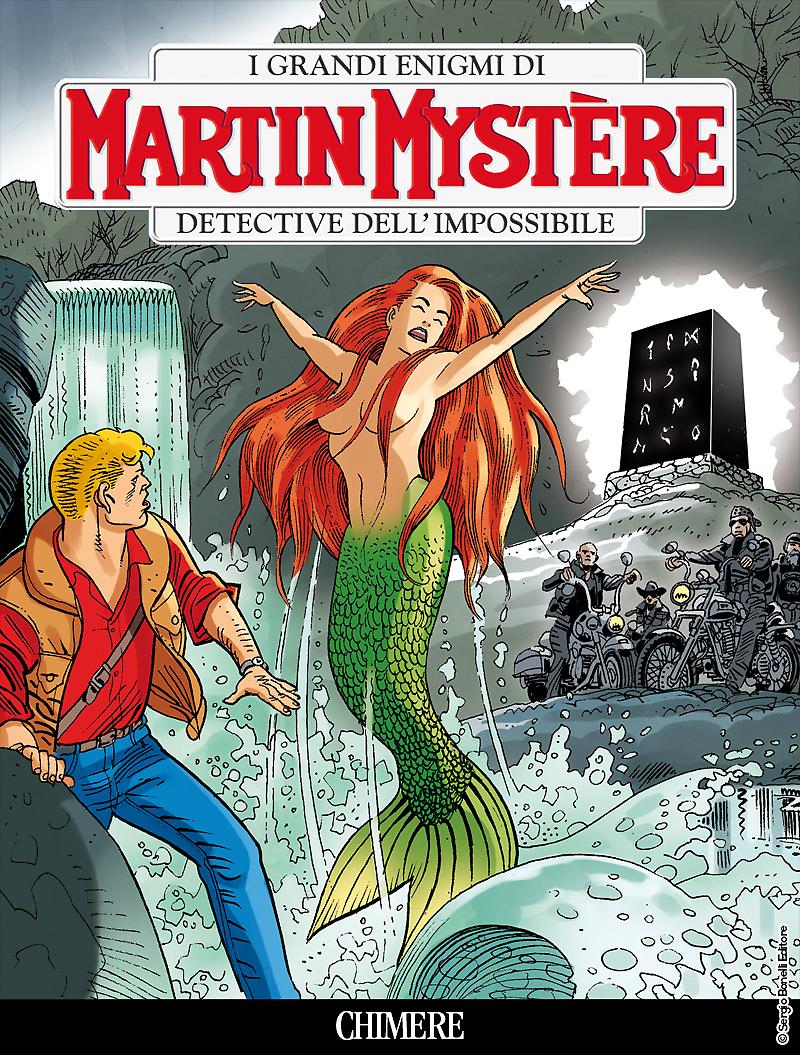 Introduction: A standard case of cryptozoology might reveal a surprise and a bad deal for our Detective of the Impossible!

In mythology, a chimera is a creature with a lion head, a snake tail, and the ability to spit flames. In the 16th-century harbors, sailors sold mummified specimens of that beast — those really were hybrids left to dry in the sun, created by sewing together part of different fish. Thanks to these petty tricks, the legend went on for centuries; nowadays, a series of unexplainable events in Minnesota gives the idea that those beings aren’t just a fabrication to extract money from gullible people. When he’s asked to investigate the case, Martin Mystère uncovers a truth that even he finds hard to believe.