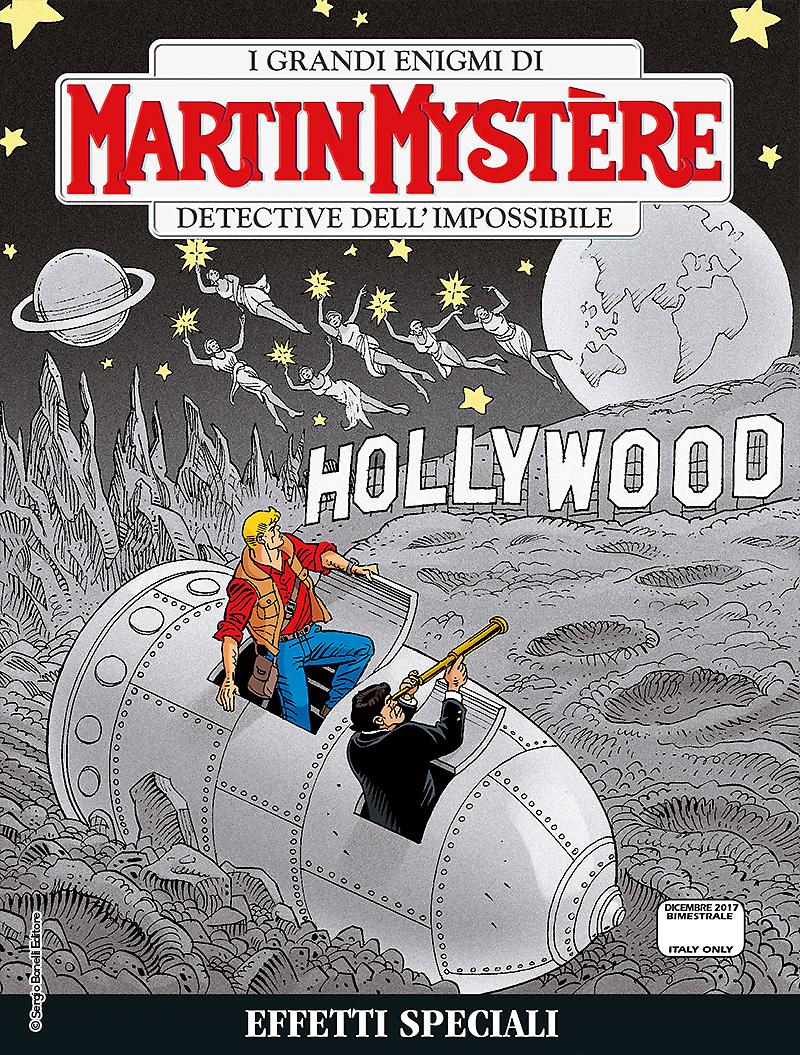 Introduction: In the movie world, as in Paris as in Hollywood, special effects can be a matter for the Detective of the Impossible!

Paris, 1901. The cinema pioneer, Georges Méliès, and his brother Gaston speechlessly watch a projection with “impossible” scenes, created by a disconcerting alchemist who devised a filming technique that he deems to be “supernatural”.

New York, today. Old but worthless films are stolen from a small art cinema club. The theft arouses Martin Mystère’s curiosity because the pictures once belonged to Gaston Méliès. Following their tracks, our Detective of the Impossible goes to Hollywood, where somebody’s trying to uncover once again a terrifying "special effect".