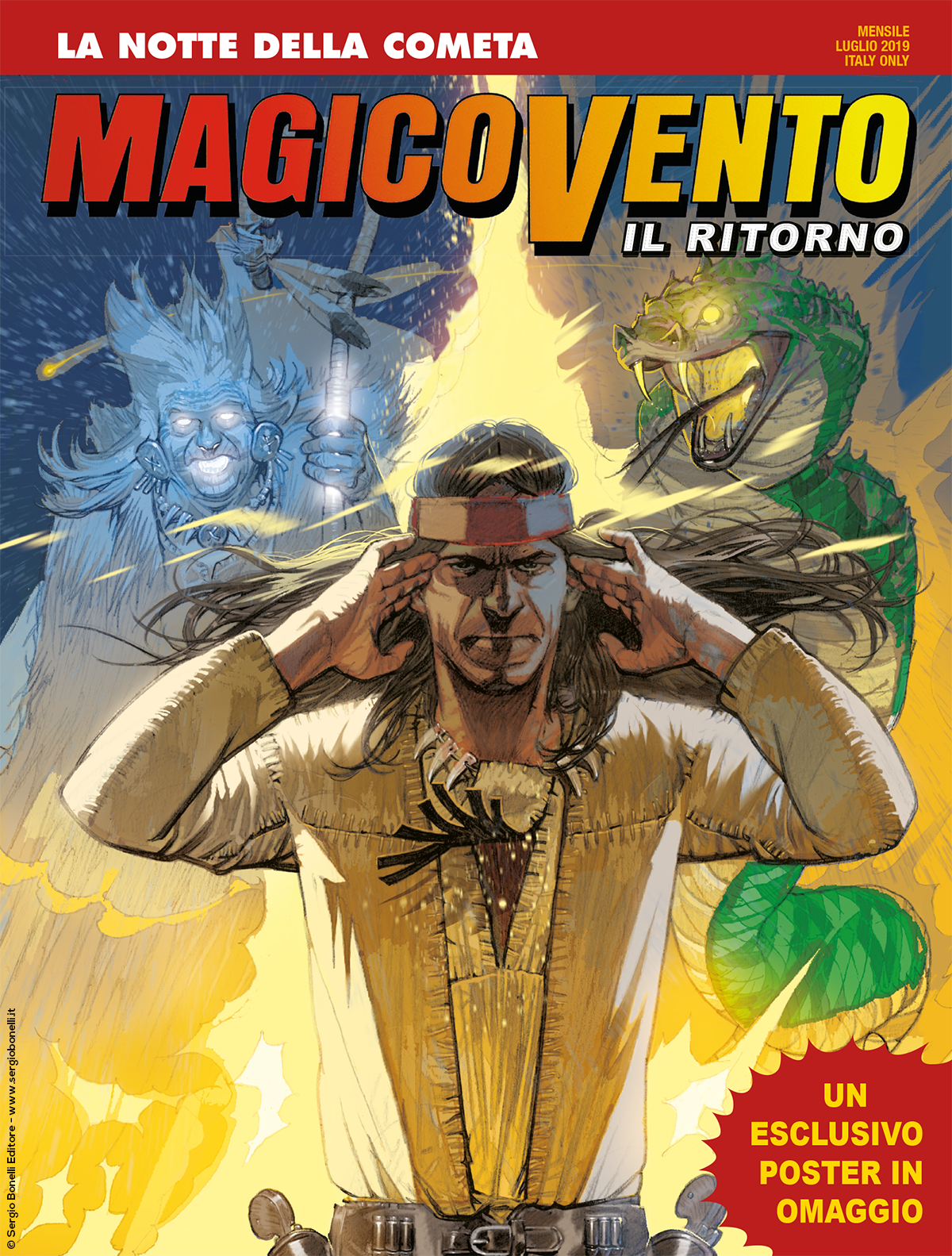 Introduction: The White Shaman created by Gianfranco Manfredi’s pen is back for a new adventure!

1881. While in Mexico, Magico Vento has a series of anguishing visions, where a giant, shiny snake surges from deep in the earth and rises to the sky. Poe finds him and tells his friend that a young Apache medicine man, called “the Dreamer”, has gathered many followers in Arizona. He predicts that the old Apache heroes are going to come back to life to lead their people to the final victory against the White men. At the same time, in Tucson, a newspaper has brought up again, on its front page, an ancient prophecy, saying that the end of the world is nigh. General Crook worries that all these things may create a tense climate, sparking a new war. Magico Vento follows Poe to Tucson. During their trip, they meet two brothers, Wyatt and Virgil Earp, who are going there to catch a few criminals. One night, Halley’s Comet appears in the sky. Everybody in town sees it as a sign of doomsday. Magico Vento considers the comet as the snake that appeared in his vision. Meanwhile, the Earp brothers are hunting the outlaws. In their fight, an explosive dump blows up, starting a devastating fire. It really looks like Apocalypse is here.

Containes a poster of Magico Vento!