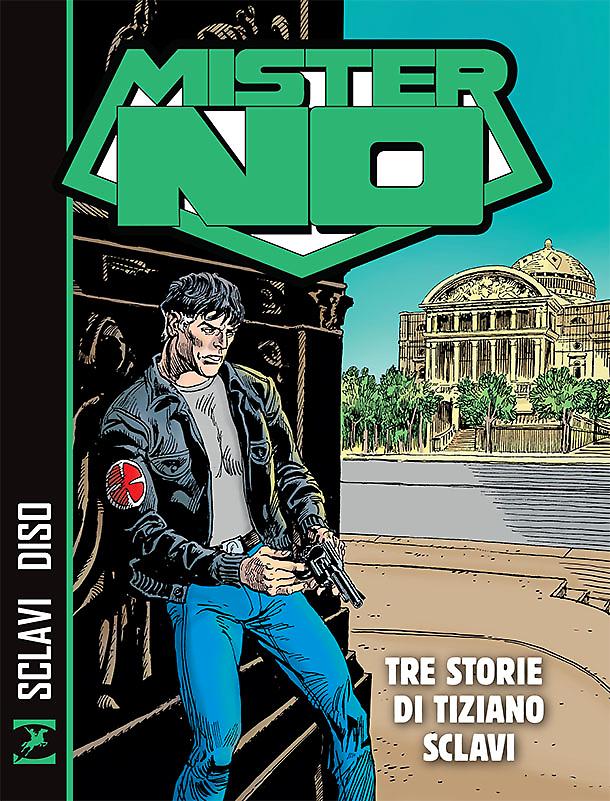 Three adventures starring the character who, in the 1970s, put his stamp on a time of great changes for the Publishing House located in via Buonarroti, written by the man who, a decade later, changed the world of Italian large-selling comic books with an historical character. All this, with art by one of the masters of Italian comics, in a great Mister No book: three classic stories, written by Tiziano Sclavi, with art by Roberto Diso – Il fantasma dell’Opera, Giungla! and Ombre Rosse – for the first time in a single volume.

Three episodes set in three different locations – Manaus' Opera House, the Amazonian jungle, the American desert – but with the same vein: an close investigation about the characters, along with the dark and horror-like themes that will become a classic trait of Sclavi's stories.