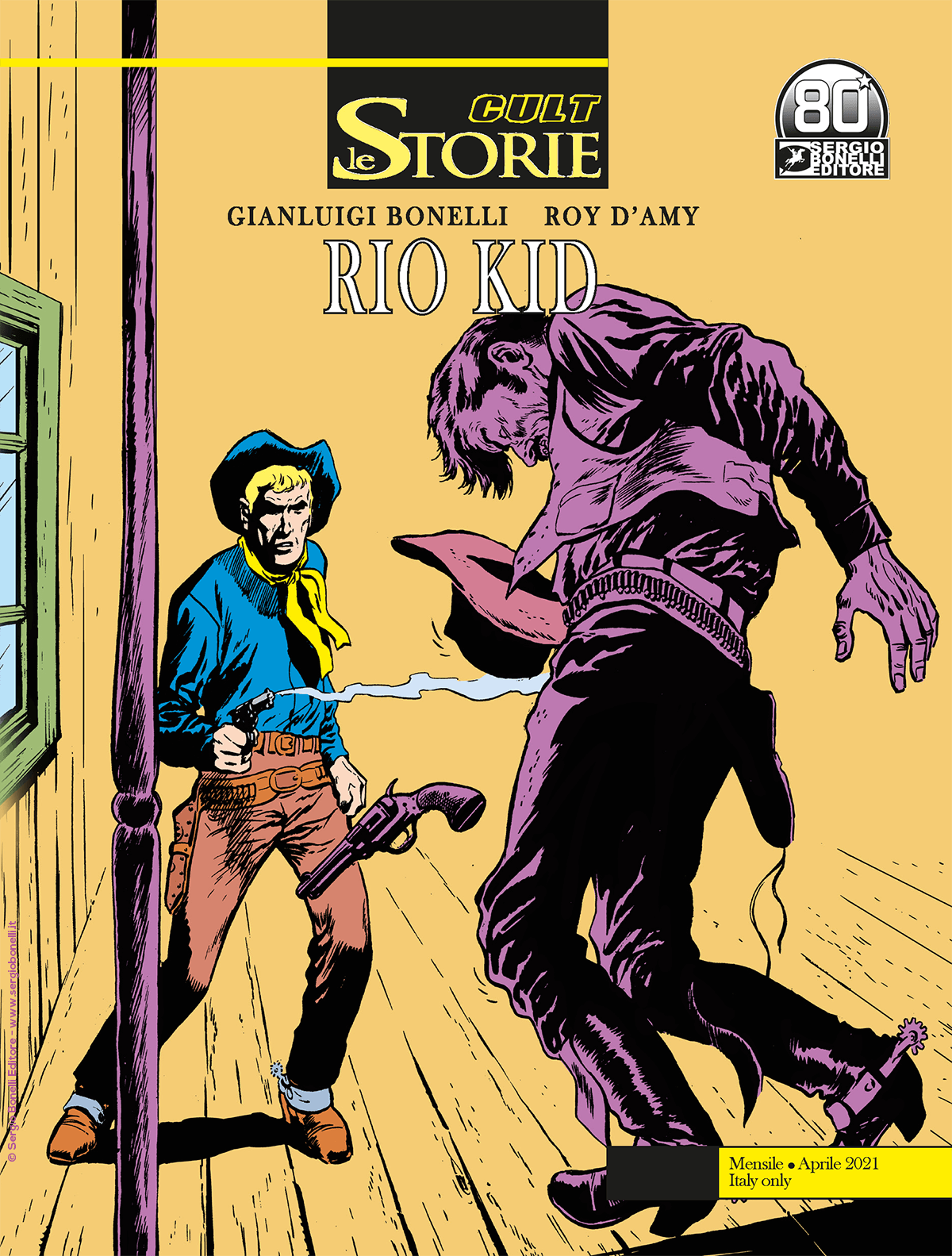 Looking for an ancient Aztec artifact, Professor Dayton and a young woman, Anna, venture into the Chisos Mountains. Spurred only by his scientific curiosity, he's not attracted by the seduction of the gold composing the object… But for his self-appointed guide - the slimy Benito Rosales, aptly nicknamed "El Escorpión" - things are different! The old archaeologist and his daughter are in great danger, and only a bold, blond gunman can rescue them... Everybody knows him as Rio Kid, a name that means a quick interment for cutthroats and scoundrels!