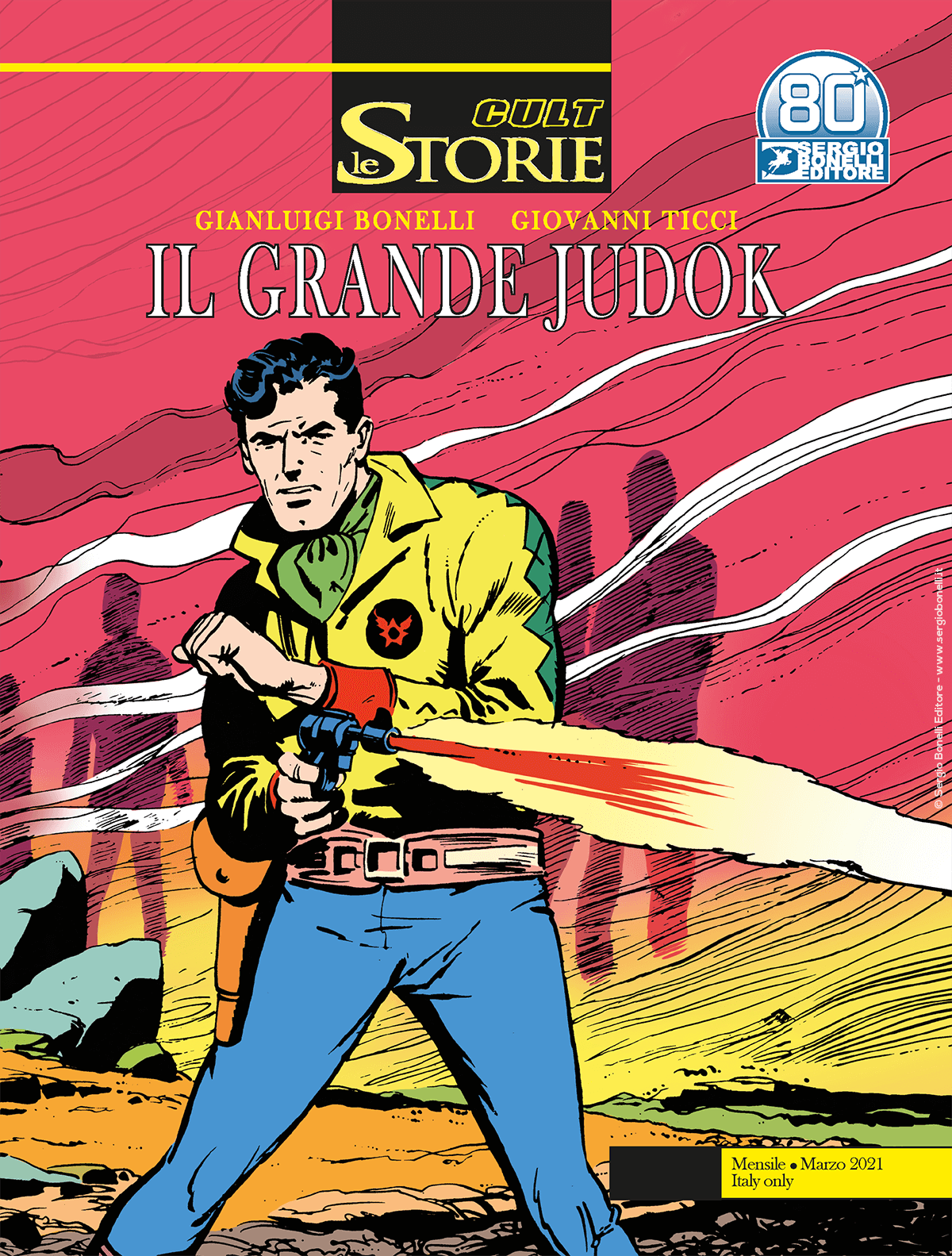 Introduction: A desperate SOS… Only one man can pick it up!

Something unsettling is happening on Mars… In its cold and barren rocks, two Space Intelligence Bureau agents vanished into thin air after sending out a desperate SOS. Only one man in the entire galaxy can solve this mystery; he’s a tough guy, respected by those who know him, feared by those who only heard about him. A man who has no fear for the abyss of outer space and is ready to rush towards danger with his spaceship. He is Judok, or better, Judok “the Great”!