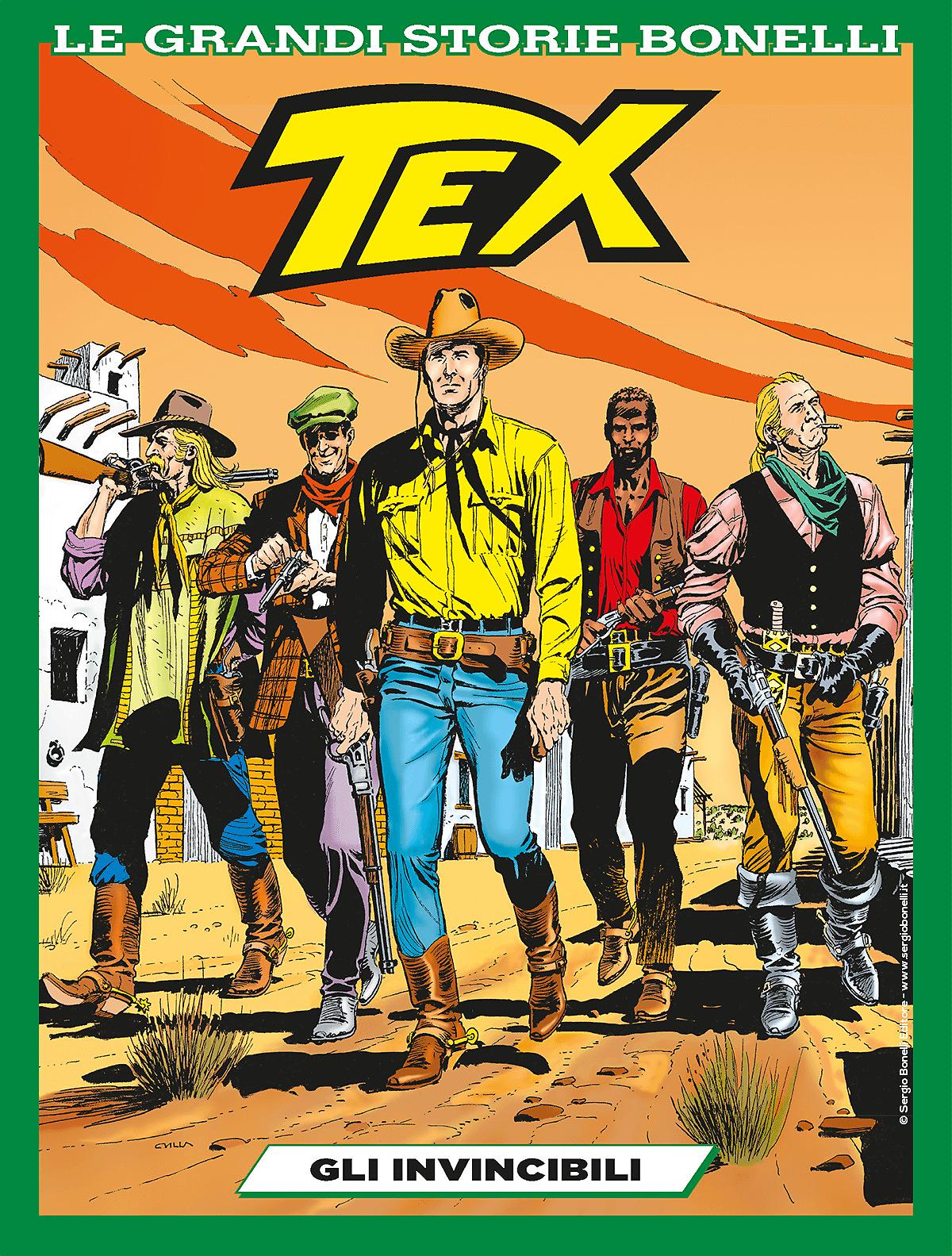 They fought far away from home for a lost cause, and now they’re searching for Emperor Maximilian’s lost treasure. They are the Irish rebels led by Shane O’Donnell, and only death can stop them: Kelly, Watts, Halloran, Pagan, Karim, and Hutch, one of Tex’s childhood friends. They perpetrated a series of robberies along the border, and now the Ranger must catch and bring them back to Texas. Using Pat Mac Ryan as a hostage, the Irish gang persuades Tex and his pards to help them: Maximilian’s gold will help the Revolution in Ireland. But the treasure is in the hands of ruthless General Carrasco, in a fort guarded by hundreds of soldiers and a lethal Gatling machine gun... The bloody final battle may be the longest and most epic to ever appear on the pages of Tex, in this graphic masterpiece by Carlo Raffaele Marcello.