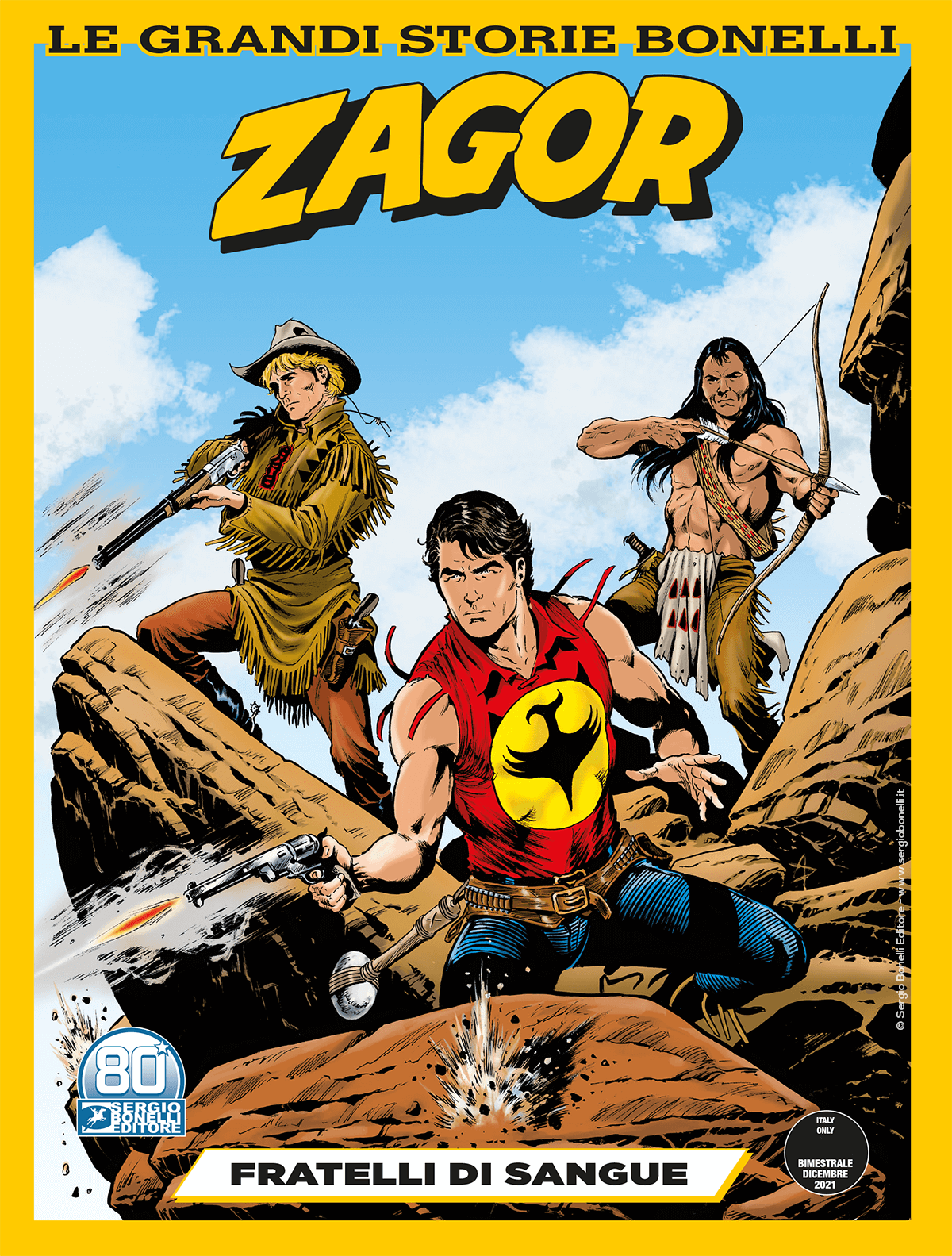 Introduction: A new installment of “Comancheros”!

While we’re waiting for the momentous meeting between Tex and Zagor, coming up in the third Speciale Tex Willer, here’s the second background story before it. In the wild Texas, which has only recently conquered its independence, a massacre during peace talks makes a Texan-Comanche war explode. The Texas Rangers are on the firing line, and Adam Crane is torn between his loyalty to the Lone Star flag and the friendship with his blood brother, Grey Wolf, the leader of the Quahadi Comanche. Meanwhile, from the South, a Mexican army threatens to conquer Texas back. Although torn between two loyalties, Zagor has decided which side he will take: the right one, the Natives’ side. A long, epic story with art by the great Carlo Raffaele Marcello, a frenzied 100% Zagorian story, with reversals of the fronts, tragic and pathetic episodes, Cico Cayetano’s songs, and endless coups de théâtre.