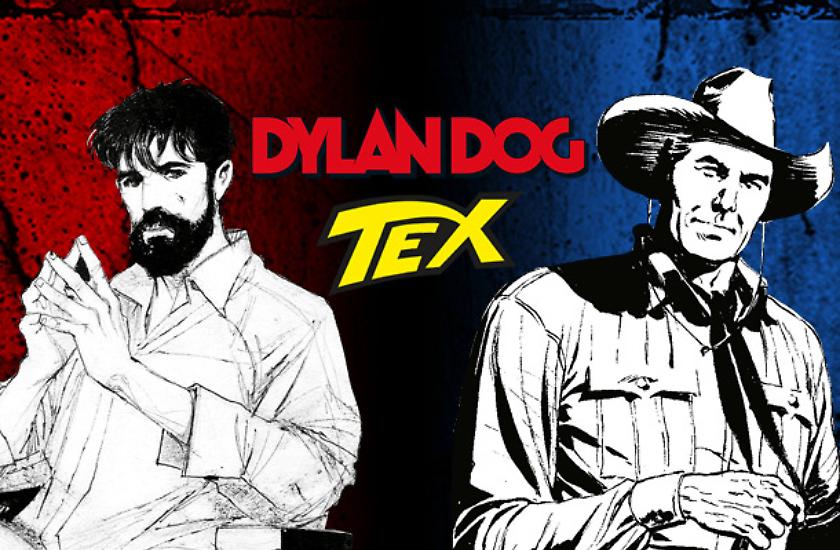 Dear Friends,
It will be an exciting start to the new year once again, here at Bonelli, with the right mix of great classics and new entries. In between these two categories, we find our 35th Speciale Tex, better known as “Texone”, that will exceptionally be at your newsstand in February. (No need to worry, though, but a reason to rejoice! In June, you will still have the chance to enjoy a spectacular n.36 of the Speciale series!). “Tex l’inesorabile” is the long-awaited story featuring the iconic style of the Maestro, Claudio Villa. Just before it could become an ineffable legend, due to a work that took more than 15 years, the volume appeared in all of its magnificence in comic bookstore-only version during the latest Lucca Comics fair. Finally, it manifests itself in the classic newsstand version, for the joy of all our readers.

Classic and new stuff also meet on the pages of Dylan Dog. Starting from n. 401, there will be a new beginning, full of surprising revelations and perfect for a new reader. A Nightmare Investigator as you’ve never seen him before, with a new assistant, immersed in the threats of a world hit by a meteorite. This new, revolutionary narrative cycle will feature collectible covers by Gigi Cavenago, with special effects galore!

About Dylan, February will be the time for our 32nd Color Fest and Maxi n.38, in the usual Old Boy version. Among the other special volumes, you’ll find Maxi Zagor n. 38 and Tex Magazine 2020 (with two new complete stories, the usual dossiers you don’t want to miss, and an overview of “all things Western” in the new year). As for the monthly series, we want to highlight the episodes of Dragonero’s new cycle – where our hero is now the rebels’ leader –, the continuation of Martin Mystère le Nuove Avventure a Colori (with a modern take on some of Martin’s classic adventures), and the new developments of the “Intrigo Internazionale” saga, on the pages of Nathan Never. Also, the celebrations will start for Dampyr’s 20th anniversary, while you will find the new episodes of Odessa Rivelazioni and Morgan Lost Night Novels, and the final adventure for Darwin at your newsstands.