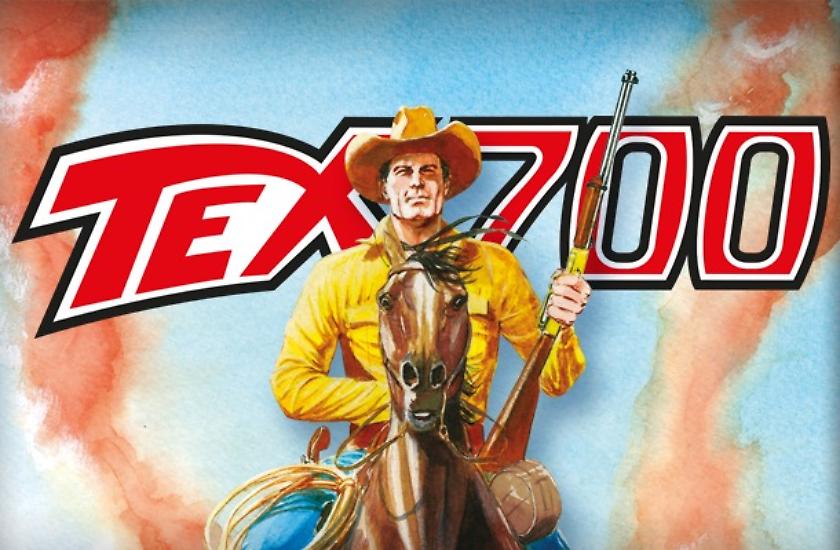 We may risk an indictment for being a tad unoriginal, but if 2018 was under the sign of the celebrations for the 70th anniversary of Bonelli's Ranger, 2019 has Tex at the forefront as well! The breakneck run of a young Tex Willer continues-and while the new series has been well received since its first issue, the traditional monthly series will reach an all-important milestone: the 700th album! We will celebrate this event in February, with our usual full-color edition, created by Mauro Boselli and Fabio Civitelli, two esteemed champions of the Texian tradition. They will tell a story in between the Ranger's past and present life that will shed new light on the relationship between Tex and Tesah, starting from their first encounter. In the next two months, the readers of Eagle of the Night will be well fed, with the new Tex Magazine (featuring two unpublished stories), and a new hardcover issue by Pasquale Ruju and the International talent R. M. Guera, with his really spectacular pages!

Out of Tex's universe, a riveting trilogy by Gigi Simeoni will begin in Le Storie, a triptych of adventures centered on the search for the legendary crown of Herod the Great. Under the Audace label, we will present new chapters in the lives of Mister No (in a "Revolution" version), Deadwood Dick, and Cani Sciolti. Morgan Lost will start again from the first issue – in full color! – of the Black Novels cycle. Also, in January and February, three "whales" will be released: Maxi Zagor n.35, with new Tales from Darkwood (created by authors who aren't regular visitors to the swamps of the Spirit-with-the-Hatchet); the 42nd Agenzia Alfa, and 35th Maxi Dylan Dog, with three stories of the Dweller of Craven Road in his Old Boy version.  Then, the 28th Dylan Dog Color Fest will offer two complete stories, and will be accompanied by the box for the Nightmare Tarots – the cards attached to the latest issues of Dylan Dog's monthly series, centered around the Meteora Cycle –, and a booklet written by Bepi Vigna, a real expert in tarots.

We will leave you with the pleasure of finding out about all our other issues of the next two months, leafing through the pages of our new Giornale di Sergio Bonelli Editore online!