Today, our traditional preview of the new year stops at the Darkwood Forest, the scenery of the adventures that Zagor & Cico lived in their 60 years of publishing life. Moreno Burattini tells us what we can expect in 2021. 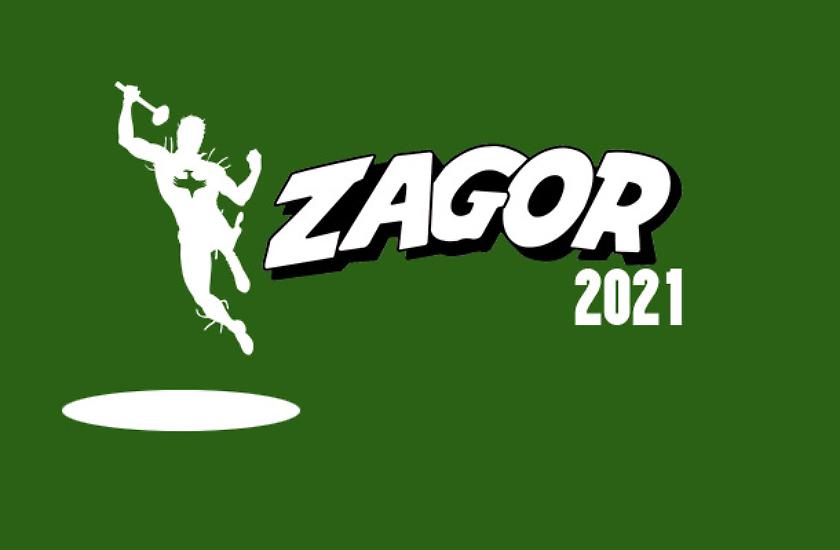 Is it really 60 years? Apparently, yes. But Zagor doesn't show his age at all! He's still riding high, as one of the most beloved characters by the Italian public and the many readers worldwide, with an enviable group of followers. His fans are some of the most enthusiastic and passionate supporters that a comic hero can hope for. His anniversary, coinciding with our Publishing House's 80 years, will be adequately celebrated, of course. How? With truly special adventures in the regular series' issues, for a start. But also with many other projects, which we will tell you about on the way. However, we can begin to disclose something by revealing the Zenith series's planning for next months.

Is it really 60 years? Apparently, yes. But Zagor doesn't show his age at all!

Fireworks will start immediately, with a three-album story called "I sette vikinghi". King Guthrum and his Norse engaged in a dramatic man-hunt to stop a killer and a betrayer of their people, Starkard. He took the lead of the notorious Salteaux Wendigo, a gang of blood-thirsty warriors who turned their backs to the laws of the Great Spirit and only live for their raids and massacres.

In June, the month of the exact anniversary, we will present you with a complete, stand-alone story: the Spirit-with-the-Hatchet will go back to the theater of his final clash against Salomon Kinsky. It's where "Wandering" Fitzy died, and Cico will go along with Zagor to visit their friend's grave.

Then, an epoch-making string of albums will start. The Darkwood King will go to London, where he'll meet Frida Lang again, for the showdown with Baron Rakosi, the vampire par excellence! Two intertwined stories covering five albums, in which Zagor will go to Transylvania before returning to Darkwood, right on time to face the comeback of an old enemy of his, who wants his revenge. We will talk about this in a year's time because it will be the main course in our early-2022 menu.

What about the other series starring the Spirit-with-the-Hatchet? I only need to point to the title of our spring Speciale to persuade you that there will be surprises galore: "Ritorno alla Casa del Terrore" (Back to the House of Terror). There will be big news for our Maxis, too, starting with the May issue, the n.42: you will find out more about it in due time.

By the end of the year, we should have a surprise ready for the joy of all our fans: the project's code name is Enciclopedia Zagoriana!

There are still many other surprises in store for you: if Zagor celebrates his 60th birthday, the same goes for our good old Cico! That's why, in June, you will find at your newsstands a Speciale entirely centered on the most genial Mexican in the world, in the same format of the 27 albums published from 1979 to 2007. It will be the series' 28th issue, and you don't want to miss it! The Number Zero of the Zagor-Flash team-up, starring the ultra-fast DC superhero, will be at your newsstands with a one-off album, in March, after the soft-cover album (with a double cover) distributed at the comic bookstores in December. All that, while waiting for the complete, 120-page story, an authentically international publishing event, that will crown the second part of Zagor's year.

The readers who prefer more "traditional" issues will soon find the third strip-format series, after the six albums of Collana Darkwood and Collana Scure. The new "Collana Aquila" will comprise eight albums that you can buy at your comic bookstores or our online Shop. By April, the sixth and final hard-cover book of Zagor: le Origini will be in bookstores, while by the end of the year, we should have a surprise ready for the joy of all our fans. What is it? We will talk about this later. For now, we can only tell you that the project's code name is Enciclopedia Zagoriana, and we have been working on it for a long time.

Is that all? Not in the least. There will be other tasty surprises that we will present to you during the next months. Stay tuned.