In our traditional overview of our Heroes' new year, it’s time for Dragonero to present the new albums that you will find at your newsstands in the next 12 months. Let’s find out the adventures that Ian, Gmor, and the other rebels will live. 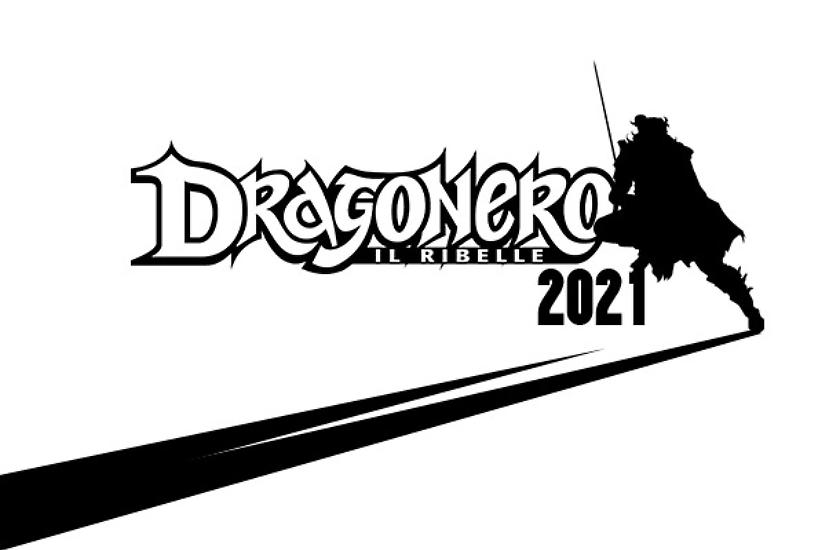 Dragonero's 2021 will revolve entirely around the rebellion against the Empire, now ruled by a puppet king, who is shadily manipulated by the ruthless and cynical Leario. After long months spent organizing their scanty ranks and getting the necessary items (weapons, food, horses, safe refuges), the rebels are ready to strike a hard blow against their enemy, sticking their blade right into his heart. But it won't be easy.

Dragonero's 2021 will revolve entirely around the rebellion against the Empire. The rebels are ready to strike a hard blow against their enemy, sticking their blade right into his heart. But it won't be easy!

In January, Ian and his companions deliver their first blow, with a daring raid inside the Dunmon Fortress, a seemingly impervious place where the Imperial treasure is kept. This tense, action-filled story is written by Stefano Vietti, with a trio of great artists: Emanuele Gizzi, Fabrizio Galliccia, and Fabio Babich. Roney's ire won't have the time to be assuaged completely because, on the February issue, Luca Enoch (writer) and Salvatore Porcaro (artist) will give Dragonero's cruel enemy a new surprise. After a secret mission in the inaccessible place where the wyverns nest, the rebels will put their hands on the necessary "wings" to guarantee their rule over the Erondàr's skies. But Roney and Leario have several aces up their sleeves: they will prove it in March, in an intense and dramatic story, where death will touch with her icy fingers one of the Dragonero saga's main characters. Prepare tissues, but don't put them away too soon: new, painful turns of events are in store for you!

In Spring, there will be the welcome return of the series former cover artist, Giuseppe Matteoni, with a dark, sinister story tailor-written for him by Stefano Vietti: Dragonero's enemy here is a demon whose fighting ability is (almost) unrivaled. How will Ian come out of it alive? While we're waiting to know how it will end, we'll give you some information about the first months of the rebellion, using the customary "Old Man Gmor speaks" format: have you ever wondered what the rebels' first (and also reckless) moves were before the wise choice of a safer underground activity and a more profitable guerrilla warfare? Well, if you have, you'll have an answer.

Speaking of returns, in June, the series' editor, Luca Barbieri, will goes back to his keyboard and, with Alessandro Bignamini (they were also paired in "L'urlo della carne"), will produce a harshly violent story, taking Dragonero to an infernal limbo, where he'll go face to face with an old enemy of his. The unusual setting, in the deep heart of the Southern Kingdoms, allows us to delve into the past of an essential member of the Rebellion, Aleen, shedding light on the origin of her prodigious axes.

Then, in the summer warmth, another long-awaited comeback: to celebrate the Spirit-with-the-Hatchet's 60th anniversary (which falls in 2021), we decided to have Zagor and Dragonero meet again! The full-color venue for this reunion is our summer Speciale, where it's Zagor's turn to take an extended foray into the Erondàr. Will he like the scenery? Of course he will, but he will have to work hard to "pay" for his vacation! This special adventure, written by Luca Enoch, features another return (stop it, you may say!): it's Gianluigi Gregorini, an artist that hasn't worked on the series for a long time!

Summer will also be the time for another tasty surprise… but we prefer to be a little mysterious about it still to avoid spoiling the revelation. Let's continue our preview: now it's the turn of Manolo Morrone and Antonella Platano, two excellent artists for two stories where Luca Enoch will sharpen his claws to open the way for Stefano Vietti, in anticipation of a... hectic Autumn!

The last months of 2021 will offer a truly unique double story, which will uncover mysteries that stayed unsolved for years, with our Alben as the leading character. Is that all? No way! There's one last, extraordinary skyrocket to fire! Luca Enoch will take care of it in December. I only disclose one name: does Ecuba ring a bell?