The first installment of our traditional preview of the Bonelli heroes’ near future can only start with Tex. Our magnificent over-70 has no intention of slowing down his ride: get ready for an explosive year in the company of our Ranger! 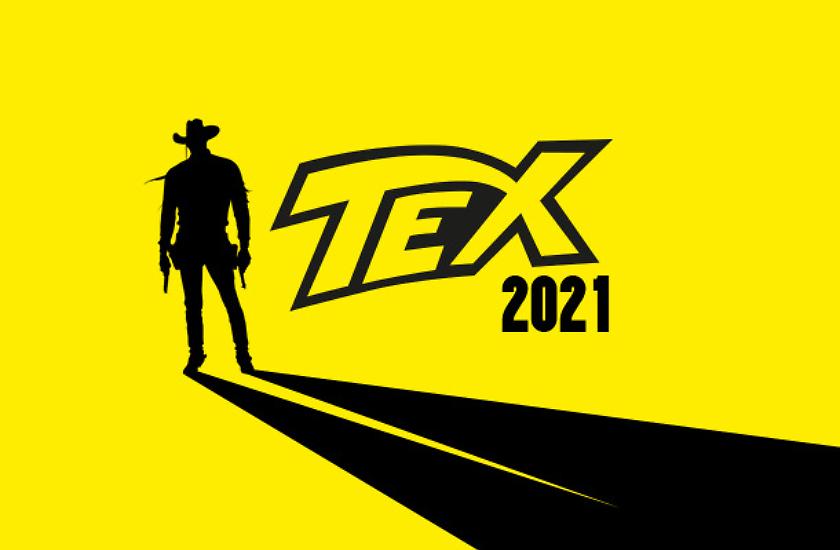 One of the few sure things in these difficult times: Tex Willer! Not only as a Ranger but also as a young outlaw, since from late 2018, he's the star of two successful monthly series!

One of the few sure things in these difficult times: Tex Willer! Not only as a Ranger but also as a young outlaw.

Let's start with his adventures as a young man: this year, in the "Tex Willer" series, our hero will finally conclude his hunt for the hardened bandit, John Coffin, with the help of two Rangers, Dan Bannion and Ben Dragoo. Another Ranger, more familiar to our readers, the beloved Kit Carson (still with jet-black mustache and goatee), will be the next story's co-star. Set in Montana, it's the unexpected sequel of a recent color hardcover book. We will find again characters such as Tex's childhood friend, Birdy, and - listen all! - Ray Clemmons and Lena Parker, too!

After other adventures in the American South-West and a foray into Mexico, with the presence of another childhood friend, Hutch, young Tex Willer's year will culminate in a unique Speciale: the meeting with another Bonelli legend... a man armed with a hatchet!

What about our "classic" Tex, the evergreen Ranger whose albums have been published for 73 years? Not to be outdone by his younger alter ego, he will face a warrior-monk from China; a sorceress and a gunman who are well-versed in dark voodoo magic; a legendary monster out of the Ute legends; and the return of an old flame of his son Kit, which was never extinguished: the young, arrogant and lively ranch-owner, Manuela Montoya!

Our Texone, created by Giampiero Casertano, centers around a Confederate treasure. In the color hardcover issues, Alfonso Font will take us back to the Comanche's Great Invasion, while Enrique Breccia will bring the Man of Death back to life for us! There will also be other adventures for Tex and his pards, but we'd like to keep some surprises in store... But we can tell you this: we will find out how and when Tex became the Navajo Indian Agent!