What's a hero, without his enemy? That's what Morgan is brooding about in his new "Night Novels", a series full of surprises and heartbreaking returns! 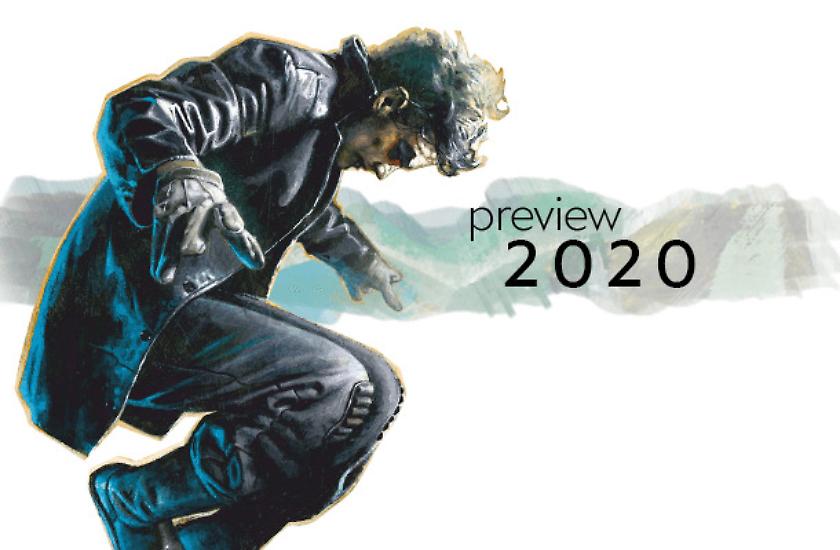 What's going on in the nights of New Heliopolis??

The answer is simple and impossible at the same time: all and nothing, the restless shadows of serial-killers and Morgan Lost's hallucinating nightmares, the intrigues at the Bureaucracy Temple, and the destructive anguish of lone souls... everything changes, but is trapped in its gloomy eternity.

The Night Novels saga crossed through the limit between 2019 and 2020, like a bullet into human flesh.

The Night Novels saga crossed through the limit between 2019 and 2020, like a bullet into human flesh. Only the words we borrow from its creator can describe its trajectory: «As you know, I like to give each season a "motto" that represents its spirit (…) I thought long and hard about the Night Novels motto: at first, I chose "there's always someone breathing in the dark", but finally, I opted for “who can be a hero without an enemy?" The new season has a horizontal development of continuity across the episodes, but also numerous self-concluded stories where Morgan faces new perverted and crazy enemies, each with their theme and their signature element.»

In January, we've met a killer with an obsession for Ancient Egypt, in February it's time for a fallen star looking for a new success. In March, a character that most of you may remember comes back...

One surprise leads to another until the beginning of summer. One hot day, we will plunge again, for the third time, into the bizarro uchronic-dystopian universe that our Serial-killer Hunter shares with the Nightmare Investigator, Dylan Dog... Don't miss it!