In 2020 Sergio Bonelli Editore's Dampyr celebrates his 20th birthday! And obviously, he's facing twelve very exciting months. For him, and his readers as well! Here's what the new year has in store for Harlan Draka. 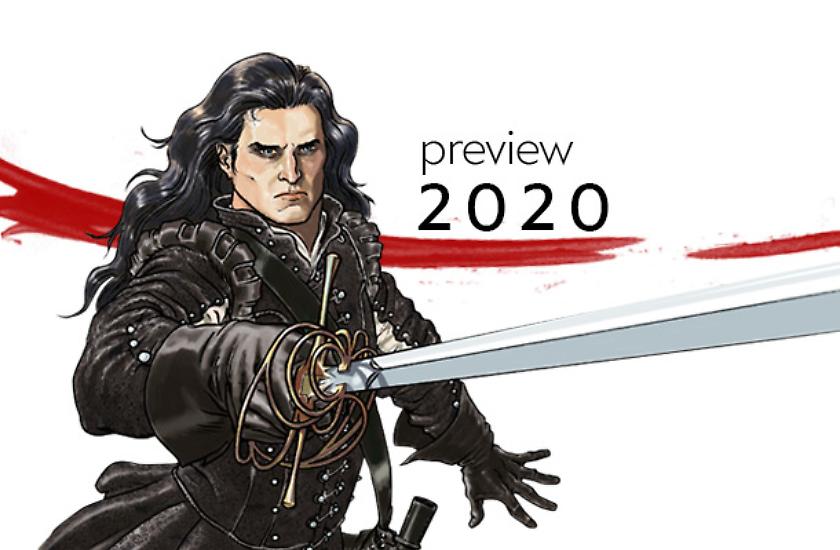 We are starting the Twenties of the 21st century... and it's the twentieth anniversary of our vampire-slayer! In April 2000, the now legendary first issue, "Il figlio del diavolo" with art by Majo, appeared at the newsstands. Next April, we will celebrate the anniversary with "Il Cavaliere di Roccabruna", A 110-page album in full color, connected with one of Dampyr's most acclaimed stories, "I lupi mannari"! And the art is by Majo, of course.

We are starting the Twenties of the 21st century... and it's the twentieth anniversary of our vampire-slayer!

But the celebrations won't stop there. This will probably be the year when Dampyr will go on the silver screen, and we will honor this event with a return to the origins of our hero, called "Ritorno a Yorvolak"! Don't let this festive atmosphere deceive you, though: Harlan, Kurjak, and Tesla will have their horrific work cut out for them.

After Romania, we will join them on a trip to Calabria, Italy, on the tracks of the Count of Altafoglia, and Ukraine, to confront a terrifying disease. We will meet the Dark School and its infernal principal again. We'll get to know the legend of the Silverpilen, the ghost train of Stockholm underground, and get on it to travel into the horror. We'll be witnesses to the final clash against Sho-Huan, and along with H.P. Lovecraft and Robert E. Howard, the legendary "Weird Tales" writers, we'll find out that the Boogey Man Nyarlathotep still is very dangerous... And Kurjak's dream will be fulfilled: he will fight side by side with the tigers of Mompracem!

As usual, all of Dampyr's years are under the sign of the unexpected!