It's time to find out what the new year has in store for the Heroes of our Publishing House. The first to open the ball, of course, is the most beloved Ranger in the comic world: Tex, the inexorable! 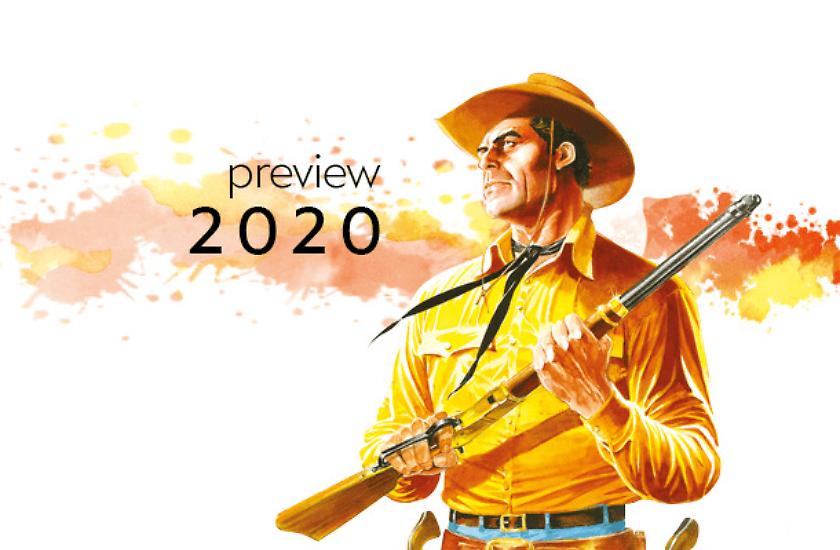 More classic and younger than ever: the Western hero most read and sold in the world (and of all time) rides on towards your newsstands in two monthly series! In the regular series, now reaching the all-important milestone of its eight hundred issues, Tex works with his classic, unrivaled partners, Kit Carson, Tiger Jack, and his own son Kit. They are facing a renewed threat by the raiding Netdahe, and trying to hand over to justice the wicked Colonel Atwood finally! On the trail to Dryfork Prison, they will hunt for a gang of very dangerous escapees. Along a river full of dangers, with their friend Gros-Jean, they'll try to conclude safely the maiden voyage of the steamboat called "Belle Star". They will go on one of their rare and always exciting trips outside the U.S., this time to the wildlands of Guatemala!

All this and the unexpected arrival at your newsstands (in February) of a sensational "Texone" by Claudio Villa, a Magazine with Pat Mac Ryan as a solo guest, a Maxi with Tiger Jack as the main hero and even another Maxi, with the exceptional comeback after 50 years of an explosive trio of heroes by G.L. Bonelli. The Black brothers, Sam and Kid Bill, will cross paths for the first time with our four pardners, in an adventure with Cochise and his son, Tahzay! In summer, there will be our second "Texone", with a story chock-full with shadows, mysteries, and obscure deities, with masterful art by Massimo Carnevale!

Also, in the series about his early years, our twenty-something outlaw Tex Willer won't ride the prairies alone… Besides the return of Cochise and Jimmy Jones by his side, in his adventures you'll witness the first appearance of his future pardner Kit Carson! The thirty-year-old Ranger, still with jet black hair and goatee, will roam the American South-West with Dan Bannion and Arkansas Joe, while Tex will reload his Colts for the final clash against John Coffin! And while running from the law, our young bandit will take part in the war against the Seminoles in Florida. And, in another big surprise, an entire adventure will see his brother, Sam Willer, as the leading character!