Sergio Bonelli Editore and DC, with RW Edizioni, are excited to announce a partnership to co-publish a limited series featuring characters from both the Bonelli Universe and DC's Super Hero universe: Dylan Dog and Batman, Xabaras and The Joker. 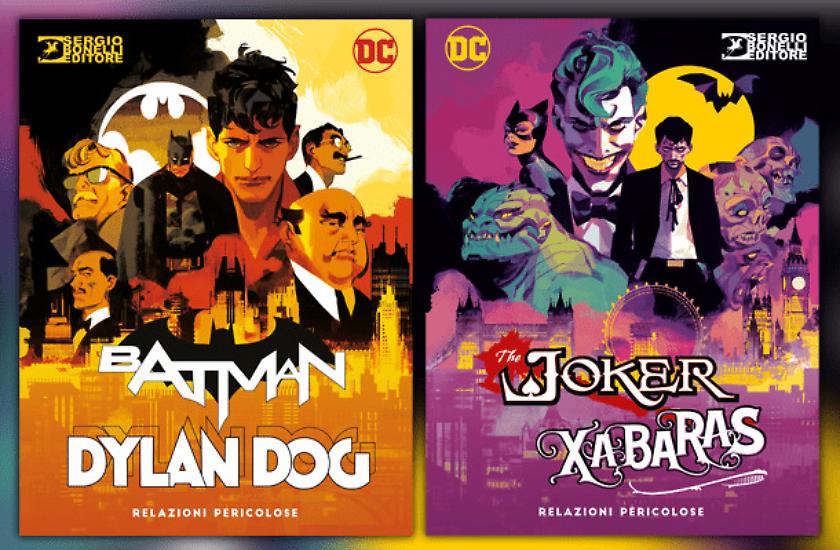 MILAN, ITALY AND BURBANK, CALIFORNIA (OCTOBER 24, 2019) - Sergio Bonelli Editore and DC, with RW Edizioni, are excited to announce an unprecedented new partnership to co-publish a limited series of history-making crossover comic books featuring characters from both the Bonelli Universe and DC's Super Hero universe: Dylan Dog and Batman, Xabaras and The Joker. The companies will unite to bring fans the epic first meetings of Italian and American pop culture icons in Lucca Comics and Games 2019.

Issue #0 of the crossover, titled "Relazioni pericolose" ("Dangerous liaisons"), script by Roberto Recchioni with art by Gigi Cavenago and Werther Dell'Edera, will focus on the characters of Dylan Dog and Batman, with villains Xabaras and The Joker and is scheduled for release at Lucca Comics and Games 2019. The companies are keeping 'Top Secret' the details about how they meet and the other characters who will meet in the three numbers limited series crossover projects that are planned to follow in fall 2020.

"Everyone at Sergio Bonelli Editore is thrilled to be part of an event of this magnitude", said SBE Editor in Chief Editorial Strategy, Michele Masiero. "Our creative imaginations have been racing since the moment this kicked off with our friends at DC and RW".

"We are proud to help make this historic project possible and to be part of it" said Pasquale Saviano, CEO of RW Edizioni. "We are looking forward to working with SBE and DC to bring Italian readers the most exciting stories that they never expected."

Masiero added, "We are looking forward to the moment when everyone will read this special issue, which will be available in Lucca with two different covers, one 'Heroes', and one 'Villains'".

About DC
DC is one of the largest English-language publishers of comics and graphic novels in the world and home to some of the most iconic and recognizable characters ever created. As a creative unit of WarnerMedia, DC is charged with strategically integrating its stories and characters across film, television, consumer products, home entertainment, interactive games, and the DC Universe subscription streaming service. For more information, visit dccomics.com

About RW Edizioni
RW Edizioni was founded in 2010 and became the Italian publisher of DC’s comics and graphic novels in 2011. In addition to publishing Japanese and French comics, they continue to publish DC in Italy, the Netherlands, Denmark, and Finland and have thousands of published books in their catalog.