Our previews of the adventures that the Bonelli Heroes will live in 2019 are almost reaching the finish line. We have only a few more laps left, and today we will stop at 7, Craven Road, home of the one and only Nightmare Investigator in the UK. 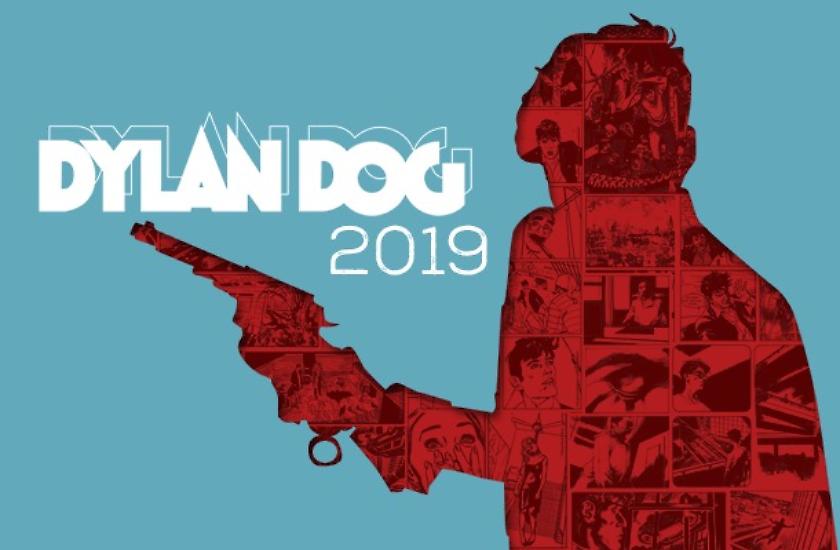 Our Dylan Dog regular series will revolve around the Meteor saga.

In 2019, our Dylan Dog regular series will revolve around the Meteor saga. The first event we'd like to highlight is a story by Paola Barbato and Giampiero Casertano, focused on a scientist that is a public adversary of the Nightmare Investigator, and an enigmatic society with a spiritual and environmentalist ethos. Barbato, with Werther Dell'Edera, is also the author of a plot centered on a billionaire who reaches a space station to escapes the disaster. But he left some scores to settle on Earth: Dylan has the task to do it for him. In one of the following albums, Paola, with art by Paolo Martinello, tells the story of how our Old Boy came into possession of an object that can modify reality.

Barbara Baraldi & Bruno Brindisi will have us pondering on the earthquake, with its demons and horrors. The story is originated by a young girl who goes to 7, Craven Road, asking for some information about her mother's disappearance. Marco Nizzoli is the artist for an episode - written by Barbato again - that shows how the meteor changed the year's seasons and the human soul with them. Carlo Ambrosini is the writer and artist of a story about a game of revelation of things in the world, where death does not matter. If everything is eternal, the Being itself can't vanish into nothing. Then, in an episode created by Giovanni Eccher for the art of Luigi Siniscalchi, Carpenter is in urgent need of the help of the Dweller of Craven Road, with all the subsequent conflict. Corrado Roi is the artist chosen to visualize one of the many effects of the falling of the asteroid, in a story written by Barbato again: an inexplicable epidemy that hit the citizens.

Near the end of the saga, it's reckoning time for Dylan and Nora Cuthbert, in a story about an organization that creates tailor-made suicides for its clients - written by Barbato, art by Paolo Armitano. The finale of the saga will be a two-part story by Roberto Recchioni. The first issue features art by Leomacs and Nizzoli, while the second coincides with n.400, in full color as usual, and will have Angelo Stano as its artist.

The four-monthly "whales" of the Old Boy series will offer as usual tales of the Nightmare Investigator in the original setting of the character. The June issue will be marked by the "pop" style of Montanari & Grassani.

As for the Colorfests, in n.28, Giulio Gualtieri and Fabrizio Accatino created a late-19th-century story, with a gothic Dylan versus one of the most famous monsters of the horror literature. Art by Stefano Landini and Fabrizio Des Dorides. In the next issue, the hero created by Sclavi will plunge into the folds of the most famous novels of the world. Written by Giovanni Di Gregorio, art by Flaviano Armentaro.

The June issue will be marked by the "pop" style of Montanari & Grassani.

On Dylan Dog Magazine, Alberto Ostini and Giulio Camagni produced the final chapter of the Wickedford saga, with an adventure that follows the story published in 2018. Penelope's death forced the local people to look into the mirror and see themselves for what they are. A short story, again by Ostini, with art by Giorgio Pontrelli, shows us a pivotal moment in Bloch's past: the week when the inspector found out about his wife's illness.

We close our preview with the Speciale about the Planet of the Dead, created by the skillful hands of Alessandro Bilotta and Paolo Bacilieri. Here, the hero is Rufus, a good-hearted zombie. The horror of a non-life, in the inexorable routine of an everyday, ordinary madness.