In 2019, Audace begins its second year of life. Our label of projects with a more "grown-up" readership than usual lived 12 intense months: let’s find out what we have in store for you in the next year! 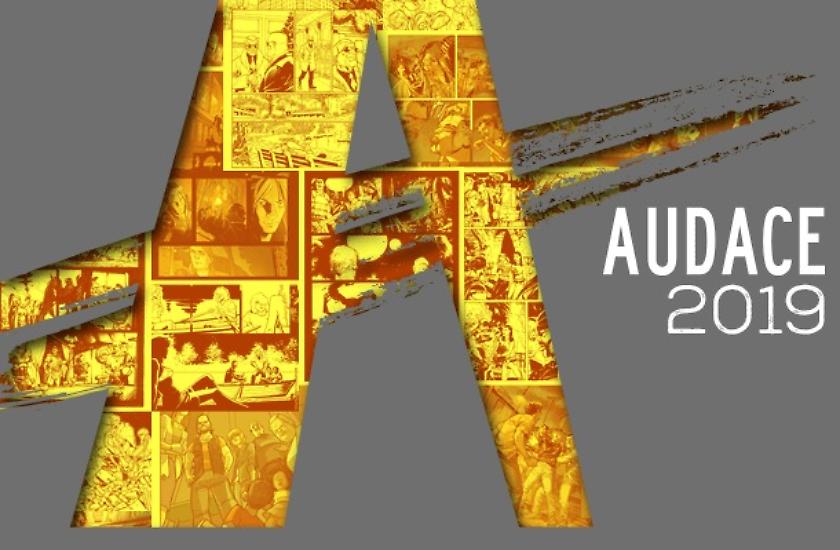 In 2018, Audace presented its first products at your newsstands and bookshops: the successful books of "Senzanima" and the interesting series "Deadwood Dick" by Joe R. Lansdale.

We may say that the Audace label celebrated its first anniversary at the latest Lucca Comics & Games. We gave the first announcement of the initiative in our keynote in Lucca 2017, explaining that it would be an "umbrella" under which we'd present projects with a more "grown-up" visual and narrative style than our tradition. In 2018, Audace presented its first products at your newsstands and bookshops: the successful books of Senzanima and the interesting series Deadwood Dick" by Joe R. Lansdale, that finished its run at the newsstands and is getting ready for two new hard-cover books in a bookshop edition. One of the main features of the label is the ability to use both distribution channels.

The Senzanima saga is ongoing, at bookshops and comic bookstores. The third volume, Buio, will be published in spring, continuing the tales of the young Ian Aranill's adventures, after he joined the notorious mercenary band of "the Soulless". The series is written by Luca Enoch, with art by Alfio Buscaglia, and colors by Andres Mossa. The cover art is, as usual, by Mario Alberti. Meanwhile, the six "stray dogs" created by Gianfranco Manfredi continue their journeys in Cani sciolti. After the sun of the French Riviera, in the next months, they will venture to the other side of the pond. The journey of Mister No Revolution, instead, will end in late May, as anticipated - even though we already know that it will reach its ending in Amazonia, the trip won't be devoid of surprises.

The real new events for Audace will come in the summer. In June we will witness the comeback of Darwin, while in Autumn, there comes the time for "K-11" and "10 ottobre".

The real new events for Audace will come in the summer. In June we will witness the comeback of Darwin, the character created by Luigi Piccatto that we met for the first time in the album n.7 of our "Romanzi a fumetti" series. Eight episodes written by Michele Masiero with art by Piccatto himself, and the help of Renato Riccio and Matteo Santaniello, will tell the next chapters of the story presented initially back in June 2012, exploring the post-apocalyptic world imagined by the artist from Turin.

In Autumn, there comes the time for K-11, created by Matteo Casali, a series that we announced at Lucca 2018. Its setting is a little unusual for the habits of our readers, with a genre out of the ordinary for our Publishing House. Starting from the Battle of Stalingrad, the series - the first issue features art by Davide Gianfelice - tells an individual story at the time of the Iron Curtain that won't leave its readers indifferent.

Then, it will be time for "Il Confine". Fir the wheres and whens, we'll scatter a few clues in the next months.

In 10 Ottobre, we will have an intimist story, instead, with a marked melancholic tinge, written by Paola Barbato for the art of Mattia Surroz, at his debut on the Bonelli pages. We will keep the secret about this story, and let the pictures in our gallery do all the talking. Also in the gallery, you can see a page – the first that we can show! - of the new series about Magnus' Sconosciuto, that we will publish in autumn, too.

Then, it will be time for Il Confine (it will come back, after the all-star portfolio we presented at Lucca 2018). Where and when will the mysterious project by Mauro Uzzeo and Giovanni Masi appear? We'll scatter a few clues in the next months. With this preview, we just wanted to give you an appetizer of what you will see in 2019 under the Audace label, at your newsstands and bookstores. Enjoy!