For the next chapter in our preview of 2019 for the Bonelli Heroes, it’s time for Dragonero, whose Erondàr is still trembling after the war against the Black Queens! 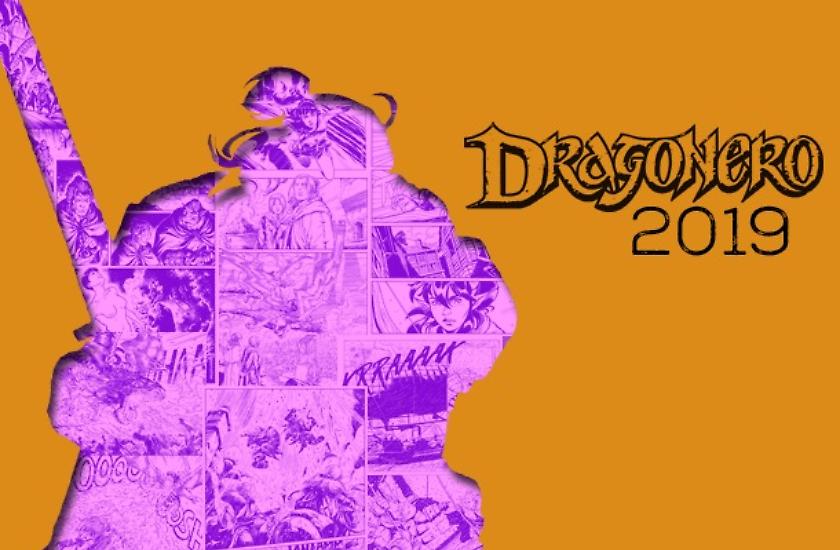 The Black Elves invasion let the tragic aftermath of ashes and ruins. Under those premises, new, dramatic turns of events are hard to imagine, but...

"From the ashes of the Black Queens War". That's the title we used, at the traditional fair Lucca Comics and Games, to introduce Dragonero's 2019. Indeed, Luca Enoch & Stefano Vietti desired to tell us what happens to the Erondàr and its citizens after the end of that cruel war. The brutality won't go away all of a sudden, right after the end of the fight. The Black Elves invasion let the tragic aftermath of ashes and ruins, with a shattered empire and a broken world. Under those premises, new, dramatic turns of events are hard to imagine, but...

...after taking your breath away with a series of surprising events in the Black Queen saga, Enoch & Vietti have no intention of relenting. They're getting ready to leave you again with your mouth agape!

For Ian and co., the new year will be a crescendo of new developments, that will climax in Autumn 2019. The beginning of it all is in January, with an adventure set in the perennial snow of the Mountain Enclave. And the first surprise of 2019 is the debut of a new writer, Gabriella Contu: her story, centered on the theft of the top-secret projects for a powerful weapon, has its roots in the ashes we were talking about at the beginning. The ashes of Tectuendàrt, the damaged HQ of the technocrats, destroyed by the Black Queens and now under reconstruction. In February, Stefano Vietti keeps a promise that Ian made to Myrva in the fateful n. 64, the first post-war album. They will take a trip to a remote convent, to find answers to several questions about the past of the Varliedarto order. The two siblings will find something that had better stayed concealed. Another mystery, about Aura's past, is revealed in the double story of March-April, a long and tense adventure with the comeback of one of the oldest and most potent of Ian's enemies!

For Ian and co., the new year will be a crescendo of new developments, that will climax in Autumn, beginning with an adventure set in the perennial snow of the Mountain Enclave.

In May, we'll set in place the foundation for a new mini-saga, that will take us directly to next Autumn, with the shocking surprises we have in store for you. It all begins when a lethal and incurable disease strikes the Erondàr. A hemorrhagic fever with a poetic name, "the red weep", whose effects are nothing short than terrifying: a brutal, painful death. The only man who can cure the disease is the self-appointed minister of a mysterious deity, who conceals a dark secret... a secret that Dragonero's readers already know well! Again, it will be a comeback for an old character that Luca and Stefano haven't forgotten. They also didn't forget about the Abominii, whose desire of reentering the Erondàr is stronger than ever. Only the resolution of our heroes will stop them, after a violent clash to the death.

When a slow, inexorable poisoning threatens to kill Ian & Gmor, Sera will have to find a remedy: their quest (in pure “fantasy” tradition) will take our heroes across the deserts and the southern jungles, away from what is happening in Vàhlendàrt at the same time... When they come back, they find something worse than any imagination waiting for them! What is it? You'll have to wait next Autumn to find out!

A little earlier, in Summer, you can enjoy our usual Speciale, focused on a series of mysterious children kidnapping by a creature who was considered only a legend! The album is written by Luca Enoch, with art by Emanuele Gizzi.