Our Good Old Uncle Martin Mystère will live a year full of new events and surprises. It’s time for a preview of what we have in store for Martin’s readers in the next 12 months. Have a nice read! 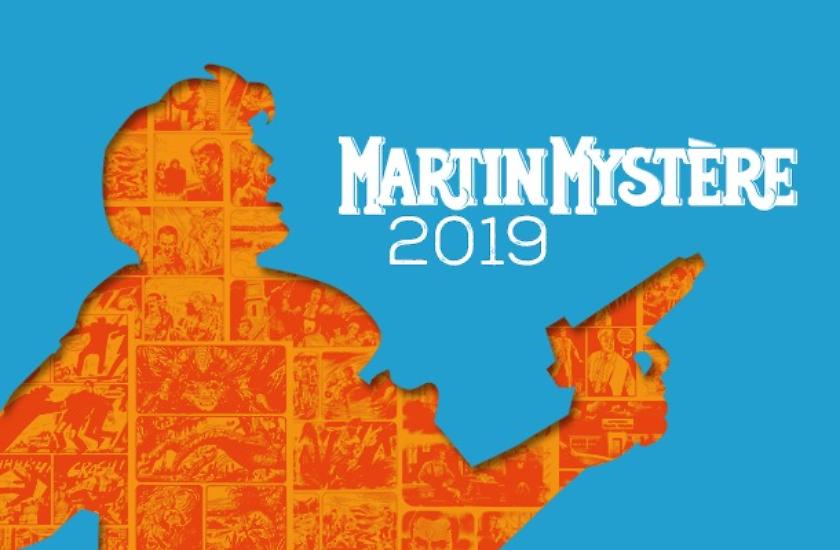 2019 will be an exciting year, for Martin Mystère. The February issue will see the return after many years of an "old" character created by Alfredo Castelli, that the "old" readers of Corriere dei Ragazzi may remember. After a long time, L'Ombra in person comes back, in a "team-up" with our Detective of the Impossible, in a story by Luigi Mignacco (one of the above-mentioned "old" readers) and Rodolfo Torti (who's born two days before Castelli, therefore is old; or better, ancient!).

Later, Mirko Perniola & Paolo Ongaro will take us into the New York sewer network. Don't worry, though: it will be an exploration of the world where the "sewer gators" live, under the Big Apple, according to a popular urban myth. Giovanni Eccher and Giovanni Nisi are the creators of the album where we'll meet a "quantic brain", while in October Marco Belli & Giovanni Romanini will lead our Good Old Uncle Marty to face a strange "suicide epidemics".

Victorian London will be our destination, after that Martin Mystère finds the truth about an unknown Sherlock Holmes adventure, in a story by Andrea Artusi, Ivo Lombardo, and Carlo Velardi. The year will end with an adventure by Renato Riccio and Antonio Sforza, that will take us "in depth"... but we won't say anything more about it.

Our special issue will start in Summer with the Speciale, as usual, created by Carlo Recagno, with the exceptional collaboration of Romanini and a new "surprise" artist. The album will celebrate two anniversaries: the 500th year of Leonardo Da Vinci's death, and the 50th year from the first Moon landing.

September is the month of "Storie da Altrove", with the well-tested Recagno & Sforza duo - who dared to couple Lovecraft and Jerome's "Three Men in a Boat", last year - in another "DaVincian" story that may surprise you.

Also: we will have the third novel by Andrea Carlo Cappi (the new chapter of the trilogy that began with La Donna Leopardo and continued with Le guerre nel buio), and a new summer  "whale", with our classic Zona X stories. Finally, still in Da Vinci's territory, we are at work on a volume about Leonardo's "dark side", that hopefully will amaze our readers.

See you next year, for new adventures with our Good Old Uncle Marty!