Our preview of 2019 for the Bonelli Heroes continues, with everything you need to know about our new issues, both in the newsstand and comic-bookstore editions. This time around, we’ll talk about Harlan Draka, the Dampyr! 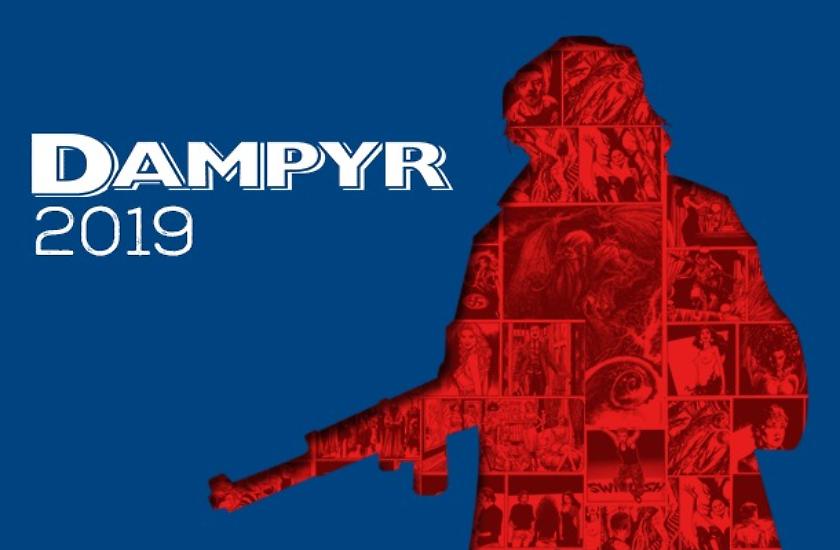 Can there be a more dangerous year than ever, in the difficult life of the dampyr, Harlan Draka, and his partners, Tesla and Kurjak? We have no qualms in telling you that it will probably be 2019! After the sadistic psychopaths of the new Hellfire Club, our heroes will fight the underwater vampires in the Caribbean sea, and the pirate crew led by Akhar Nun, and face the undead maid and accomplice, of the Erszbeth Bathory, the Blood Countess. Most of the troubles, though, will come from the inside of our trio of heroes...

Can there be a more dangerous year than ever, in the difficult life of the dampyr, Harlan Draka, and his partners, Tesla and Kurjak?

Will Emil Kurjak be changed into a vampire? What will be the diagnosis of his lung cough by the famous Breton oncologist, Armand Kergaz? And, above all, will the alien parasite nesting inside his body, the Pale Mask, take him onto the way of Evil? In a series of breath-taking, connecting stories, our heroes will be swept by a supernatural, dangerous whirlwind: from New Orleans' red light district, where a succubus, Eisheth Zenumium, is the leader of the special girls in the Mahogany Hall brothel, to the lost worlds created by H.P. Lovecraft's imagination, Harlan will fight the terrible Baron Samedì, and the even more terrifying Boogie Man, the alter ego of the only Great Old One who can walk on the Earth!

In the parallel world where the fighting brotherhood of Rhaleya operates, it will be total war. The incursion by Cthulhu and co. Will spread it to the entire Multiverse, with an unusual alliance between Dampyr and the Demon Princes. Which side will Kurjak be on? Someone says he's been spotted in an embrace with Princess Xeethra, while others swear he's the leader of the Chaos vanguard among the strange towers of Carcosa... And this is just an appetizer of the horrors we have in store for you!