Our preview of the Bonelli Heroes’ new year continues with Zagor. 2019 will be a year of living dangerously for the Spirit-with-the-Hatchet! 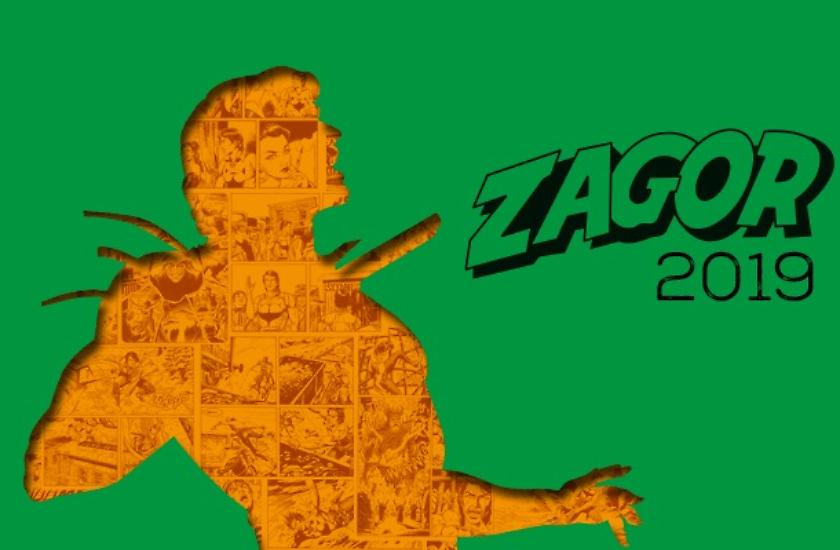 "The Year of Living Dangerously" is not just the title of a famous 1982 Peter Weir movie starring Mel Gibson. It's the perfect label for our Spirit-with-the-Hatchet's 2019 when Zagor will be the hero of endless adventures.

"The Year of Living Dangerously" is the perfect label for our Spirit-with-the-Hatchet's 2019.

Things have already started, since "Monument Valley", the first installment of a long story set in the American South-West is already at your newsstands. What's Zagor doing there, so far away from home? If you followed the three Maxi that we published in 2018, you already know. The Spirit-with-the-Hatchet and his loyal Cico traveled across the country to the Pacific Coast, where they lived a triptych of adventures that had them meet old friends and fight old enemies. On their way back, we find them crossing the Monument Valley. The artist for this story is Bane Kerac, an international-level artist who has been working for decades, either on his own characters, like Cat Claw, and in collaboration, for series created by others, like Blek and Tarzan. This new story is his second venture in Zagor's world: we had the pleasure to see his artwork on our Color #3, devoted to the past of "Guitar" Jim.

The past will also be the theme of the hard-cover volume "Zagor. Le origini", that had a preview at Lucca Comics and is at your bookstores in January. It's the first of six books that will tell again, in a contemporary way but without any contradiction with what we already know about it, the life of Pat Wilding. From his first years in the hut on Clear Water to his transformation in Za-Gor-Te-Nay, the story will put everything we know together, and add many new background stories. The first chapter vaunts masterly artwork by Valerio Piccioni and Maurizio di Vincenzo. We will talk about the next issues in depth later, since a newsstand version of the miniseries will be published next summer, in full-color and with the format of an another Zagorian miniseries, "Cico a spasso nel tempo". Check out our website for news about the publishing dates and the authors.

The second collection of "I racconti di Darkwood" offers many short stories connected by an adventurous "frame".

Several different authors are also featured on the pages of next Maxi Zagor, at your newsstands starting from January 22. It's the second collection of "I racconti di Darkwood": after the success of the previous anthology, we offer you another "whale" with many short stories connected by an adventurous "frame", instead of a single long story. In this formula, the "frame" has a traditional and reassuring aspect, while the episodes inside it experiment with a little bit more of freedom in the graphics and narrative choices by the authors. We asked some of our guest-stars, in fact, to provide their take on our character, as a homage to Zagor. This time around, the six stories are presented by an exceptional storyteller: Edgar Allan Poe, the "Raven" agent from the Elsewhere Base. That's the reason for the title, "Brividi da Altrove" (Thrills from Elsewhere).

We will have authors who are present or former members of Zagor's staff (the artists, Emanuele Barison, Paolo Bisi, and Marcello Mangiantini; and the writers, Diego Paolucci and Francesco Testi), as well as others who are at their debut on the Darkwood Hero's pages. The artist, Stefano Voltolini, lands for the first time on our pages, after he was a pillar of "Il Giornalino", with his series "Leo e Aliseo". The world of fantasy RPG and French-style, color graphic novels is the realm of Enzo Troiano, whose "weird" style, sometimes grotesque but always energetic and barbarically riveting, is one of the most unusual kind of art presented on Zagor. Another guest is Luigi Piccatto, one of the great artists of Italian comics, and a historical author for Dylan Dog, who worked on Zagor's regular series in "Zenith 666". Among the debuting writers, we find Andrea Cavaletto (who wrote several episodes of the Nightmare Investigator), and Adriano Barone (from the Nathan Never "firm"). A lot of creators, who were chomping at the bit to grapple with the legend of the Spirit-with-the-Hatchet.

In March, we will have the 31st issue of Zagor Speciale, "Il libro delle ombre", written by Mirko Perniola with art by Fabrizio Russo. It will tell the story of a magician called "The Great Castaldo" who looks like possessing real magical powers!

"Zagor. Le origini" is the first of six books that will tell again, in a contemporary way but without any contradiction with what we already know about it, the life of Pat Wilding.

In September, with Maxi Zagor #37 (after a traditional spring Maxi with a Wild West setting, created by Oliviero Gramaccioni), we will get back to this "game", in the third collection of "Racconti di Darkwood", with the title "I tamburi della foresta": another framing, another series of short stories, new guest authors. Still talking about "extra" issues, in March we will have a Speciale with art by Fabrizio Russo, and an unusual magician as its hero. His tricks look like real magic... and maybe they are. But you'll find magical colors on this year's two Color Zagor: in summer, with art by Massimo Pesce (a specialist of the female characters), the charming adventurer Gambit will take the stage again; December's album, still under construction by Joevito Nuccio, will have Winter Snake as its main hero!

On the regular series, starting from April, after the adventure in the South-West, Zagor comes back to Darkwood. He will immediately move to Niagara Falls, for a spectacular adventure with art by the Esposito Bros, and the return of the Cromm's Servants sect. Then, the most awaited comeback of all, the "mad doctor" par excellence: Professor Hellingen! Gianni Sedioli and Marco Verni prepare to finish the story that was left hanging in "Finale di partita", when the mad scientist, brought back to life and ready to conquer the world with his robot army, was stopped by Zagor with the help of a demon called Wendigo. It couldn't be the definitive finale, and here we are, waiting to know the new turn of events! After this adventure, a beautiful story with art by the veteran, Alessandro Chiarolla, will end the year... and we will wait of an even more dangerous 2020!